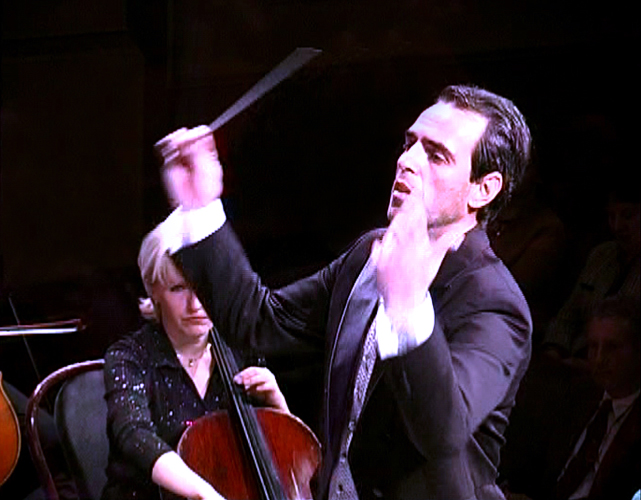 Named as Cultural Ambassador of Bosnia and Herzegovina, he became the Balkans’ most prominent composer, conductor, and director with the objective to inspire the human spirit to action.

During the war in 1993, Dino Zonic began to compose CIRCLE, his highly acclaimed majestic musical, which played for four years in sold out concert halls in Europe and the United States such as: “Theatre an der Wien” Vienna-Austria; City of London Festival;“Irish Art Center” Broadway-New York; “Vatroslav Lisinski” Concert Hall, Zagreb -Croatia; “Schuster Performing Arts Center” Dayton-Ohio etc.. The powerful music, words, and movement of Circle rose from the tragedy of war, and have left a lasting impression upon thousands of audience members throughout Europe.

In 2001, Maestro Zonic founded Unity Through Music in order to make a global impact in order to go wider and deeper into the spirit of people and inspire much needed unity.

Dino Zonic’s work and his mission of unity have been recognized and praised by many such as His Holiness Pope John Paul II, the Dalai Lama, President Bill Clinton and other world luminaries.

In collaboration with Sarajevo Philharmonic, Dayton Philharmonic and Stivers Philharmonic Orchestra Dino Zonic produced Concert for Peace in Sarajevo, “United Through Music.” (read more) as well as series of “Spectaculars” events in Dayton Ohio. The galla events were performed at Schuster Performing Arts Center, Memorial Hall, Victoria Theatre, and Masonic Concert Hall. Dino Zonic conducted with combined musicians from six local orchestras, mixed choirs, soloists and international guests.
“His programs have transformed communities to re-energized involvement, and have brought attention back to the awareness of the fundamentals of humanity.” Mayor of Dayton, Ryan McLinn.

Dino Zonic was awarded the 2006 Golden Karma Award for philanthropic works, as further testament to his dedication to promoting global unity. He joined the ranks of former honorees including Paul Newman, Robert Redford, Angelina Jolie, Jane Seymour and Muhammad Ali. He is the first to be recognized for his efforts to unite the world through music.

His Holiness, the Dalai Lama, invited Maestro Zonic to contribute to the Concert for Tibet in Bangalore, India. He was commissioned by Time Warner Productions to perform the Led Zeppelin classic, Kashmir for the Winter Goodwill Games in Lake Placid, New York.

Maestro Zonic’s current projects include a World Orchestra combining musicians from around the globe, and a film about Zonic’s life, THE COMPOSER, for which he wrote the script and is in pre-production for an epic motion picture.

…A young Sarajevo artist, a man who lost in order to win, from whose inner struggle with the heavy weight of memories of war grew a “Bosnian tale”, composer Dino Zonic. “OBSERVER” National Daily News, Vienna-Austria