Behind the Cosmic Veil: A New Vision of Reality, with Guest Tom Fusco on Life Changes With Filippo – Radio Show #159 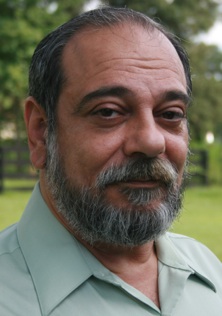 “Behind the Cosmic Veil: A New Vision of Reality Merging Science, the Spiritual and the Supernatural” Thomas P. Fusco is an independent researcher who has devoted nearly three decades investigating the relationship between mind, physics, spirituality, parapsychology, scientific anomalies and paranormal phenomena with the goal of uncovering the unifying cosmological framework that has eluded mankind for generations. He has been invited to speak as a guest on over 100 national and international radio programs including Coast to Coast AM. Since my first personal encounter with the supernatural as a teenager, I committed myself to its study.

Throughout the ensuing decades, I have come across some excellent works by numerous authorities in the field that were both innovative and highly informative. Although progress has been made toward unraveling the mystery surrounding such occurrences, these experts still lament over the same dilemma–there as yet exists no scientific cosmological framework into which all this data can be sensibly placed. I’ve heard this mentioned by guests on numerous broadcasts over the years. What if someone were to discover a truly new conceptual model of supernatural mechanics that not only explained the workings of miracles, paranormal events and psychic phenomena in a reasonable and consistent way, but also other manifestations observed at haunted sites like temperature drops, EMF spikes, breezes, feelings of heaviness and the failure of electronics with the same singular set of principles?

Moreover, what if this exact same cosmological model could be applied to shed light on a number of puzzling anomalies still confronting science today like certain enigmas involving gravity, origins of intelligence, quantum entanglement and dark matter, as well as the feasibility of interstellar travel, higher dimensions, teleportation and time travel? And finally, what if this model were based in part on a lost Biblical cosmology that has been hiding in plain view for centuries? I believe that the theory of supergeometry presented in my new book, “Behind the Cosmic Veil: A New Vision of Reality Merging Science, the Spiritual and the Supernatural” (now available at amazon.com) has finally uncovered this long-coveted unifying concept.

Here is an except from the back cover: “In this groundbreaking work, author Thomas P. Fusco employs a revolutionary approach to uncover the underlying cosmic matrix connecting contemporary physics, the human psyche, paranormal phenomena and long-established religious principles, then weaves it into an entirely new model of reality that not only joins these disciplines into a single, greater system, but explains the enigmas of our time in a sensible, consistent and scientific way. This extraordinary model foretells the coming of a future super-technology by which we will be able to create anything we can imagine. Behind the Cosmic Veil opens the door to a whole new way of looking at our inner selves and the universe around us, where the boundaries between mind, faith, physics and the supernatural become indistinguishable.”