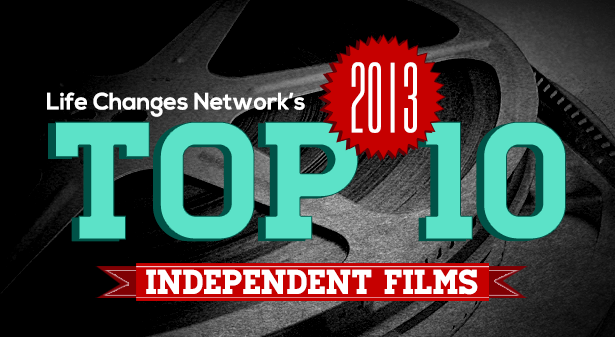 In late 2013, our Show Host, Filippo Voltaggio, released a list on behalf of Life Changes Network or the Top Ten Independent Films of 2013 that could Change the World… and Why!  The list became very popular and was well received and was liked and shared on Twitter, Facebook, and Google Plus by thousands.  One remark of note was Sharon Stone, after the list had been forwarded to her by the director of one of the films on the list, responded with a personal email back in favor, saying “Congratulations, now THAT means something!”

In the heals of  the 2014 Oscars, on Sunday, March 2nd, 2014, just the day before, it seemed a good idea to not only revisit the list but to speak about the positive aspects of some of the Oscar Nominated and Winning Films of 2014.  So, in our first ever planned, two-hour special show, Producers Dorothy Donahue and Mark Laisure interviewed Filippo Voltaggio on his vision for the first ever Top Ten List for Life Changes Network.  In the second hour, we were joined by Actress Erica Cox for a conversation our first significant on-air conversation about the films, in that words of Sharon Stone, that means something, as far as we are concerned.

The Top Ten Independent Films of 2013 that could Change the World… and Why! If vitality was within our grasp and everyone knew how to achieve it!

Vitality is a journey into the question: “What is true health?”. It looks at our current broken medical system and shows us a better way. With interviews from leading experts in the medical field, this movie helps us understand our personal role in health and empowers us to get up and get involved. Both inspiring and educational, this movie is helping reframe our understanding of health in a model that is Vitalistic instead of Mechanistic. If we could all laugh at the hard stuff, maybe there could be less hard stuff.

Take five wounded veterans and four top comedians, the result… laughter and the healing power of humor.  “…I love these brave soldiers and how brutally honest and funny they are as comedians.” -Adam Sandler  “This is a brilliant and moving movie that finds big laughs… It made me proud to be an American and a comedian.” -Bill Maher  “There are legendary comics and then there are legends who are comics. God bless our protectors.” -Dennis Miller If what we eat really dictates our health and weight, and knew and ate right for our body!

The film follows Donal – a lean, fit, seemingly healthy 41 year old man – on a quest to hack his genes and drop dead healthy by avoiding the heart disease and diabetes that has afflicted his family.

Can a controversial diet consisting of 70% fat provide the answers? If we didn’t let age or past failures stop us from continuing to live large and go after our dreams!

The Other Shore follows world record holder and legendary swimmer Diana Nyad as she comes out of a thirty-year retirement to re-attempt an elusive dream: swimming 103 miles non-stop from Cuba to Florida without the use of a shark cage. Her past and present collide in her obsession with a feat that nobody has ever accomplished. Join acclaimed director Velcrow Ripper (Scared Sacred, Fierce Light) on a journey deep inside the revolution of the heart that is erupting around the planet, as he asks the question, “How could the crisis we are facing become a love story?”  Occupy Love is  a moving, transformative, heartfelt film, featuring Ripper’s signature stunning visuals and rich soundscapes.  A  powerful cinematic experience that will leave audiences inspired. If aliens existed and everyone knew it and it wasn’t a secret anymore!

Sirius is a feature length documentary that follows Dr. Steven Greer - an Emergency Medicine doctor turned UFO/ New Energy researcher – as he struggles to disclose top secret information about classified energy & propulsion techniques. Along the way, Dr. Greer investigates new technology and sheds light on criminal suppression. He accumulates over 100 Government, Military, and Intelligence Community witnesses who testify on record about their first-hand experiences with UFOs and with the cover-up. TAKE BACK YOUR POWER

What if conspiracies were true then the truth would be…just truth!

Utility companies are replacing electricity, gas and water meters worldwide with new generation “smart” meters at an unprecedented rate. Take Back Your Power investigates the benefits and risks of this ubiquitous “smart” grid program, with insight from insiders, expert researchers, politicians, doctors, and concerned communities. Transparency advocate Josh del Sol takes us on a journey of revelation and discovery, as he questions corporations’ right to tap our private information and erode our rights in the name of “green.” If we realized we are all Human and just maybe we all came from the same place!

Alan is twenty-five years old and is looking for the reason of his existence, the meaning of life. A camera and a notebook filled with questions are the only items he needs to set off on a journey to the Andes range. With Placido, an Andean paqo (“priest”), he will be taken on an introspective journey such as has never been documented before. If we all lived in communities supporting each other and our individual and collective creativity!

Each year, 60,000 people from around the globe gather in a dusty windswept Nevada desert to build a temporary city, collaborating on a large-scale art and partying for a week before burning a giant effigy in a ritual frenzy. Rooted in principles of self-expression, self-reliance and community effort, Burning Man has grown famous for stirring ordinary people to shed their nine-to-five existence and act on their dreams. If “girls ran the world,” or better yet, if women and men “ruled” the world, in balance, together!