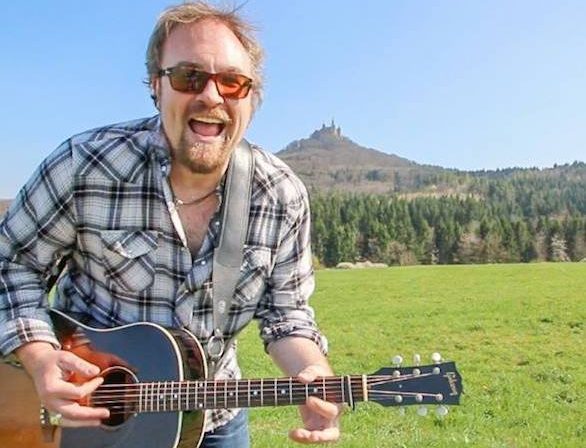 Ted Wulfers is an internationally touring American Entertainer, Singer, Songwriter, Multi-Instrumentalist, Producer and Composer based in Los Angeles. Along with a million stories and a few hundred songs, Ted’s ability as a performer to connect with listeners keeps him busy for 50-200 shows a year with one of the most fun, original and inspiring live music shows around. His music has achieved radio success with the Top 40 Radio hit “Here We Go,” the beachy ballad “San Luis Obispo” and the 2016 radio smash hit “The Cubs Won It All In 2016″ of which the lyrics have recently gone into the Baseball Hall Of Fame, and was released on vinyl as a 2017 Record Store Day Exclusive Release.

Primarily known for Rock ‘n Roll, Americana, Blues and Ukulele music, Wulfers has released eight original studio albums as well as scoring soundtracks for film, television, video games. A number of his songs continue to be licensed to a number of commercials and films. A much anticipated ninth album is to be released soon.

Known for his virtuosic Guitar, Ukulele, Bass and Steel playing, Wulfers was classically trained on Piano since the age of 3, before teaching himself Guitar, Bass, Organ, Drums, Ukulele, Lap Steel, Pedal Steel, Dobro, Mandolin, Banjo, Cello and Harmonica. With touching and hilarious stage banter along with heartbreaking, road-worn, tongue-in-cheek and lyrics, Ted employs much of his four and a half octave vocal range throughout his recordings and live shows. Growing up in the Chicago Blues and Midwest Jam Band scenes helped Wulfers evolve into an artist with incredible stage presence and his own eclectic style of Rock ‘n Roll/Americana/Ukulele music.

Wulfers’ enormous catalog of music remains timeless and innovative and there seems to be a song or lyric for every occasion. His full band or solo acoustic live performances showcase Wulfers’ wide vocal range and abilities on a myriad of instruments. He owns and manages his own recording studio, produces a plethora of other artists’ albums, and he caught a Pacific Blue Marlin sizable enough to be featured in an exhibit in Chicago’s Field Museum of Natural History.  Well known for playing most of the instruments on his albums, he has also featured some of the world’s best and well known musicians to back him up.

Wulfers has been featured on CNN, CNN Europe, WGN, CBS, ABC, ABC World News, FOX, ESPN and has been covered by hundreds of other radio/TV/print media outlets. Recent Ted Wulfers music videos have been nominated for several awards and Wulfers is currently directing his first feature film. He is also associated with his recording studio, 663 Sound, his film company, 663 Films and as leader of the 1990s band, Beggar’s Bridge.

Recently Ted’s photography has been gaining a lot of admiration and attention. He has been published and is currently selling prints. There will be information soon on this site as to where you can view and how you can own Ted’s photo prints.

More About Ted Wulfers at www.tedwulfers.com