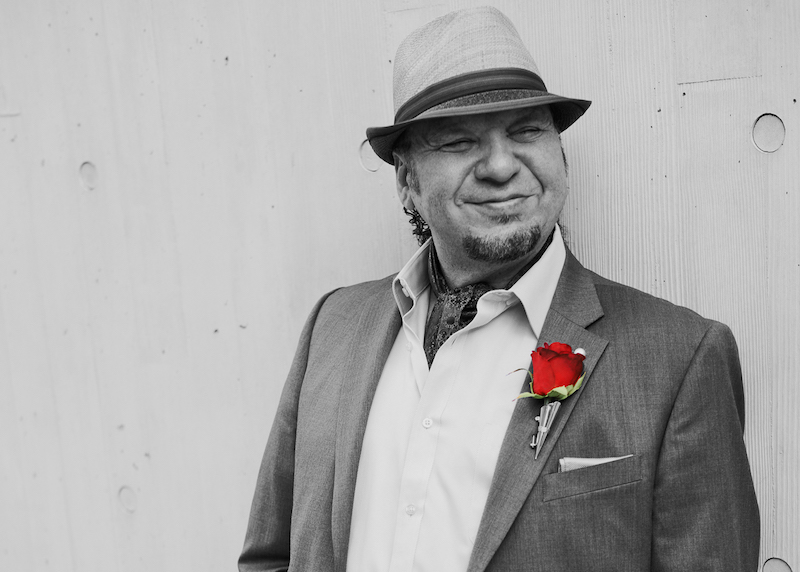 michéal CASTALDO is the living embodiment of authentic Italian culture for modern North Americans. A native of Calabria in the “tip of the toe” of Italy, michéal is an accomplished pop-classical crossover singer of his native songs and a purveyor of his family-made, heirloom Italian luxury products in North America.

michéal’s music is a life-long passion. His businesses began as gifts for friends from his family’s pursuits in Calabria. Today, in addition to performing his heart-warming Italian songs to adoring audiences, michéal CASTALDO rents his refurbished childhood home (Villetta Mimma Vittoria) in the heart of Calabria and imports his family’s high-quality true extra virgin olive oil, Aceto balsamic vinegar and Musica perfume fragrances, as well as the planning and staging of full-service, high-end Italian-themed events through his Tuscan Weddings and Events division.

michéal CASTALDO’s name has become synonymous with authentic Italian experiences and products for North Americans in love with Italian culture.

As a young child when his parents immigrated from Calabria to Canada in the 1960s, michéal was exposed at an early age to both American rock & roll and Italian pop music as well as the various Italian languages. His father, who originally crafted wooden barrels (a “Cooper”) for wine and balsamic vinegar in Calabria in the 1950s, became a general purpose carpenter when the family moved to a lively Italian community in Toronto, Canada.

At nine years old, young michéal—a member of his Catholic church’s choir—was chosen by a priest to sing a solo. After the mass, parishioners came up to the young man and praised his voice. At that moment, the music bug bit michéal and a singing career was born.michéal CASTALDO.

He began studying guitar, piano, trumpet and songwriting. He studied voice with the renowned Maestro Pisapia, a protégé of the great Italian operatic tenor, Enrico Caruso, and songwriting with the legendary Doc Pomus.

michéal practiced Bel canto, the cousin of opera, while at same time soaking up the Italian performances of Andrea Bocelli along with Elvis Presley and Tom Jones. This meshing of global musical interests would form his crossover future.

After an education at the Berklee College of Music in Boston, michéal moved to New York City to pursue a professional music career. He developed his skills as a songwriter—at first writing in English—and producer working with, among others, singer-guitarist José Feliciano, trumpeter Chris Botto, jazz saxophonist Teo Macero and dancer Martha Wash.

“Goin’ Krazy,” a 1994 song written by michéal for Feliciano, entered the Billboard dance chart; the first CD for michéal’s pop band, Lives of a Cell, charted on the Gavin Report; and a dance remix for Martha Wash ascended Billboard’s dance charts. michéal’s last three CD releases—Olive You, Extravergine and Bergamot, went to number one on Amazon.com’s music charts.

Though he began singing in English, michéal switched to Italian when audiences responded to his unique hometown repertoire. Though he mostly sings in Italy’s “official” Florentine language, he is equally adept at the Neapolitan and Calabrian languages and has recorded songs in each language.

A lifetime of Italian living has brought a smooth texture, rich flavor and romantic hue to michéal’s Italian crossover music. As a vocalist, he has toured North America and Europe, including performances at Carnegie Hall, Lincoln Center, the Rainbow Room, Citifield and Shea Stadium. His passionate singing consistently transports audiences to his native Italian world of beauty and sweeping romanticism.

In 2012, michéal was chosen third among “Europe’s Best Crossover Performers,” and in 2011, named “Indie Artist of the Year” by Classical-Crossover UK. He was also awarded a prestigious Abe Olman Scholarship by the Songwriters Hall of Fame.

In addition to his music, there are michéal’s culture-bending “family” businesses, which came almost by accident. On a visit to his native Calabria for a wedding in 2000, he and his fiancé (now his wife) visited his old home, which had been abandoned by his family and had fallen into disrepair. Having just read the book, Under the Tuscan Sun, she had the idea that he fix up the house and offer it as a rental villa.

The idea took hold and michéal, with the help of skeptical family members, began a three-year project to rebuild and refurbish the building, which is centrally located in Gioia Tauro in Calabria. The work was completed in 2003. By the second year, the villa was rented 48 out of 52 weeks in a year. His family suddenly gained new respect for michéal’s budding entrepreneurship.

Calabria, unlike the rest of Italy, is still old world natural and undeveloped. The people are warm and friendly, and costs remain low. The location has grown as an ideal vacation spot for those seeking to visit the “real” Italy.

Near the villa are the family’s olive groves. There are 20,000 olive trees, many from 20 to over 300 years old. Because michéal’s family is large, they use only family members to work in the groves. This assures a higher level of quality because the people who do the work also consume the olive oil for their personal use.

The certified organic oil made by michéal’s family with traditional farming methods has a brilliant dark green hue, the scent of green olive and a wonderful buttery texture with subtle peppery finish. During trips to Calabria supervising the remodeling of the villa, michéal brought small bottles of his family-made olive oil home to give to friends as gifts.

The bottles were so popular that michéal was asked to if he could import and sell larger quantities of the olive oil in the states. In response, he formed the New York Olive Oil Cooperative, a group modeled after a farmer’s market, to import his family’s olive oil to the United States.

The olive oil was an instant hit and the small business took off. Then, michéal was asked by friends to import another Calabrian staple—authentic balsamic vinegar. This one was more difficult and took michéal on a journey to learn the vinegar-making process and, along the way, some more family history.

Made from the “must” of freshly pressed juice from the Trebbiano and Lambrusco grapes, the must is cooked down in open copper kettles to half its original volume, then put into wooden casks to age for a dozen years. After that, it’s tested and returned to the wood for another five, ten, twenty or a hundred years or more.

During the aging process, the balsamic vinegar is shifted (topped off) from one type of wood to the next. Cherry, chestnut, oak and mulberry all leave their imprint on the flavor of the vinegar. michéal learned that some woods are trade secrets.

The result of this age-old process is an almost unbelievable concentration of sweet-sour flavor in a dense, intense, brown-black vinegar that hints of berries, grapes and vanilla. Tasting a well-aged balsamic vinegar is an experience that can last a lifetime.

michéal learned that a family member, who owns a gourmet restaurant in Italy, buys his balsamic vinegar from a Modena family who processes its vinegar through ten successively smaller barrels. They sell only to other families, not to businesses.

michéal was told he must buy a minimum of a single barrel to purchase vinegar from the family. “How much could a single barrel cost?” he asked himself. “Well, I learned it can cost thousands of dollars.”

michéal remembered that his own father had once been a Cooper, making wooden barrels for a family of balsamic vinegar makers of Modena. To give the process his own family’s touch, he contacted his father to see if he still had an old barrel—the older the wood the better. His father found one of his hand-crafted barrels for vinegar and cleaned it for use with michéal’s new balsamic vinegar enterprise.

Today, michéal’s balsamic vinegar is prized by connoisseurs throughout North America. It is sold in two ounce bottles through the same co-op that sells his olive oil.

Finally, michéal added a perfume fragrance to his line of family products from Calabria. Eighty-percent of the world’s Bergamot, the primary essence for many perfumes, comes from Southern Italy’s Ionian coast. The essence originates from an un-editable citrus plant about the size of a grapefruit. By combining Bergamot with other essential oils, michéal has produced Musica, a new perfume fragrance to add to his co-op products.

“Musica means music in Italian,” michéal said. “The terminology in the fragrance world is extremely similar to that of the music world. You have your top notes, your mid notes and your bass notes. You compose a fragrance.”

michéal began by giving perfume samples to buyers of his olive oil and even sprayed some of his CDs—appropriately named “Bergamot”—with his unique fragrance. Since much of the cost of perfume is in its packaging, he sells the initial order of the perfume in a beautiful refillable bottle. The refills cut the cost of the perfume dramatically.

As he performed at high-end events at venues including the Waldorf Astoria, The Pierre, the Rainbow Room, Cipriani, The St. Regis Hotel and the Ritz-Carlton, michéal took his Italian entrepreneurship even further by creating a high-end event planning service, Tuscan Weddings and Events.

The new service celebrates the glamor of Italy in the 1950s and 60s. michéal has combined carefully selected caterers, musicians, photographers and videographers, florists and even a mozzarella maker to produce weddings and other events with an authentic Italian theme. He keeps the events exclusive for quality control—doing only two or three events a year. So far, the company has successfully done more than ten such events.

What began for michéal CASTALDO as a passion for music, has transformed into his family’s personal story through a series of family-made products that brings his authentic Italian culture to North Americans.

“I’m telling my story through these products,” said michéal. “I’m sharing my love for my family and what I treasure with anyone willing to try and experience it.”

Notes:
It’s not a spelling error, the artist is PKA and spelled michéal CASTALDO.

Michéal’s music can be heard on over 50+ Italian-American-Canadian radio stations throughout North America. CDs are available everywhere online including Amazon.com and I-Tunes.com.

The extra virgin olive oil and balsamic vinegar are available direct to connoisseurs and not sold in stores. New olive oil harvest is available in Cans by mid December. Bottles are available by mid January.

The villa is available for rent 50 weeks of the year.

Scenic Joy Rides are given once per week from May through October, weather permitting.

Tuscan events are planned only during the summertime, from June to September.

More about michéal CASTALDO at: https://linktr.ee/castaldomicheal