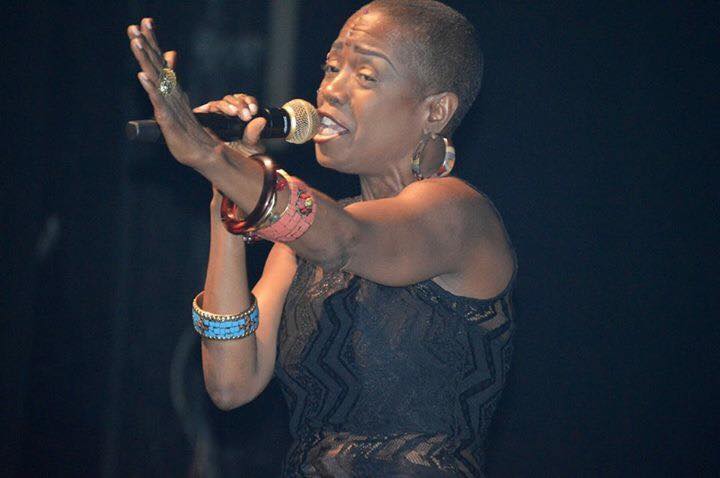 Laurnea started her career in New York on Broadway straight out of high school, followed up with one of the starringrolesin the National and International touring company of “Ain’t Misbehavin”.  Prior to her debut in 1997 and solo recording project on a major label, Laurnea was a member of threegroups in the 1990s. Bobby McFerrin’s acapella group VOICESTRA, the British GroupLoose Ends,and later a member of the Grammy Winning group ARRESTED DEVELOPMENT in the mid 1990’s.

She produced and wrote several songs on each project. Joining the R&B industry in1997 with the release of her debut album ”Betta Listen”, the album featured production by Omar, Raphael Saadiq, and Jon Jon Robinson. After 4 years of working with Sony, Laurnea left in 2002to form her own label, Era Sound 1 Records.

On her own label, Laurnea released several albums. In 2000, the album“Laurnea II” was released in Japan, South East Asia and Australia.The album featured well-known producers, Jon B, Craig Love and Dwayne Wiggins. Following up this release, Laurnea released “New Territory”in 2002. This album, too,was released exclusively overseas.  In 2004, Laurnea released “I Remember ” in Japan with production by India Arie and Billy Odum. In 2005, Laurnea returned to the United States with the album “The Collection”which was actually a compilation of four songs from each of her past four cds.

In addition to releasing these CDs,Laurnea has recorded for film and TV includingcommercials for Microsoft 8, andanacting role on “Judge Ross”as Dana Fuller.

Laurnea also invented a bad hair scary monster for the DARK HARBOR QUEEN MARY Haunted House in 2013/15.  The character played won her won her theaward for the best new monster for the Queen Maryin2013/2014.

In May 2014, Laurnea recordeda song with Japanese producer Volta Master and Steph Pocketts (female rapper out of Philadelphia)for a Cubase ad.

Laurnea was cast in the role of jazz singer night club /host on Kim Whitley “Raising Whitley in February,2015.  Laurnea has been cast in twoBroadway plays “THE WIZ”& “Ain’t Misbehavin'”. She has been cast as a jigaboo in Spike Lee’s film “School Daze”, Bill Duke’s “Hoodlum”, “My Past is My Own”(with WhoopiGoldberg), including producing sound tracks for afeature film/T.V. in 2014.