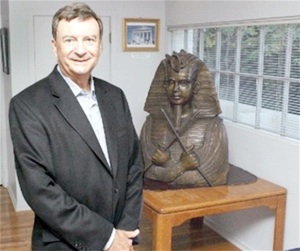 In spite of all this excitement throughout his life, the lingering questions about man’s origins that Marshall pursued while an undergraduate at Caltech still haunted him. Recently he completed the book “Adam the Missing Link” which blows the lid off a closely-held package of historical and scientific facts proving that the human race was created by alien genetic engineering technology nearly a quarter of a million years ago.

Learn More About Marshall or Buy His Books a www.adamthemissinglink.com/