Unplugging The Patriarchy, with Guest Lucia Rene on Life Changes With Filippo #77 S2:E38 (2010) 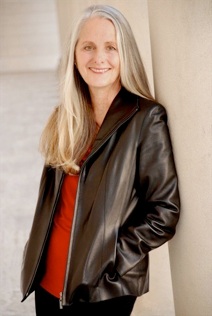 Lucia René has been a professional actress, a computer science consultant, a teacher of self-discovery, and more recently, a writer. Her Nautilus Award-winning book, Unplugging the Patriarchy, was released on the winter solstice (December 21) 2009 and launched on the spring equinox (March 20) 2010.

Her exploration of consciousness has spanned forty years, and has drawn her to the practices of Hinduism, Zen, Advaita and Vadriyana Buddhism, and culminated in a seventeen year apprenticeship to an enlightened master who taught American Buddhism, psychic development, and tantric mysticism. She is an ordained Buddhist monk, has lectured on meditation and mysticism at universities throughout the United States, and has shared her wisdom about how to energetically unplug from the fear-based Patriarchy on numerous teleseminars and radio shows.

Between 2002 and 2007, using her mystical training, Lucia collaborated with other female mystics to identify the hidden energy structures underlying our economic-social-political systems, deconstructed her personal buy-ins to those structures, and offered herself in service to facilitate the dismantling of the structures themselves and their vice-grip on the global collective consciousness. Lucia’s current work involves monitoring the evolution of Mother Earth and collaborating with groups of women – during her Mystical Counsel teleconferences and Women Standing in Their Power workshops – to facilitate the

One Heart/One Mind, a delicate network of rarefied energies that connects, synchronizes, and uplifts world consciousness and is becoming increasingly activated as we transition into the post-2012 Aquarian Age.

To learn more about Lucia visit her website at www.UnpluggingThePatriarchy.com