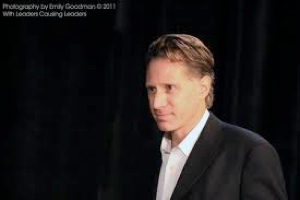 Founder of Leaders causing Leaders – is an entrepreneur, philanthropist and veteran film maker with more than 15 years in the business. He has produced over fifteen feature films with budgets up to $100 million, talents involve academy award winning Juliann Moore, David Duchovney, Billy Bob Thornton, Rebecca De Mornay, and Uma Thurman. Ken has been involved in all aspects of development, production and post-production. Ken is a young successful entrepreneur that has packaged and developed film projects as well as helped secure stars and financing for many projects including Dream Works’ “Evolution” with Juliann Mooreand “The Winner” with Rebecca De Mornay.

Among other things, Ken has worked as a consultant for US media groups, Destiny Entertainment Productions and many other companies in license purchasing, trading, as well as production. He has also developed numerous projects for New Media and later became production manager and developer of feature films.

Kenneth graduated from Brooks Institute as a Film Major with an Honor degree. In continuing his path for higher consciousness he has spent time in India studying at an Ashram that Neem Karoli founded. He also completed the Vapasana 10 silent meditation course in Joshua Tree, CA.  Kenneth has been a coach and head coach at the Landmark Forum, in later years Ken has created his own formula for success and he has been helping others achieve higher levels of consciousness, happiness and financial success. Although Kenneth has become a master guru in his own rights, he continues developing himself as a student of life studying and observing anything and everything that comes his way in his constant path of ultimate realization and success.

Today Kenneth is the founder of a non-profit organization called Leaders Causing Leaderswww.leaderscausingleaders.com , an organization that is committed to help leaders around the world to achieve highest levels of perfection. The list of speakers on the 2010, 2011 and the upcoming 2012 workshops include the list of who is who of the business of self-help including: Stephen Covey, Chip Conley, Guru Singh DD, Bruce Wright, Dr. Sharif Abdullah, Mark Victor Hansen, Byron Katie, and Marianne Williamson, just to mention a few.

Kenneth founded an organization called Omnigod which was internet based that answered spiritual questions through a series of spiritual advisors he lined up.  Kenneth also founded “An evening of Divine Synchronicity” which was an extremely successful monthly event lasting three years.