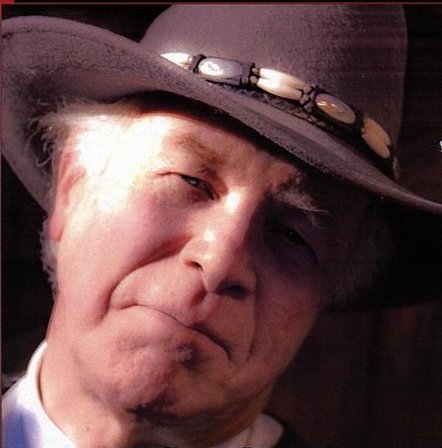 During Michael McGinnis’ long career as a singer, songwriter, actor, poet, and storyteller, He directed the music for, and performed with, the internationally popular New Christy Minstrels, a group that spawned Kenny Rogers, The rest of the First Edition, Kim Carnes, and Barry McGuire. He has also toured extensively with his own band, the Rodeo Gypsies. Michael has six major label recordings to his credit, Besides It’s All Good, and was the first artist ever to produce a full-length music video for EMI Video. Many major artists, including Kim Carnes, Don Henley, Michael McDonald, Wayne Newton, and Captain Kangaroo have recorded his songs. He is a published poet, and contributes to several literary magazines. He and his friend the legendary David P. Jackson, have collected Michael’s best ever performance pieces on It’s All Good, producing a compilation of material which showcase his experience, strength and hope in a sensitive, funny, and altogether delightful way. Featured on this album are Stephen Geyer, (Great American Hero, and Hotrod Hearts) and Danny Wheatman (John Denver Band, and Marley’s Ghost).

Born in February of 1942 in Peoria, Illinois, the third and last child of Francis and Dr. Clifford McGinnis, Michael spent his early years riding his pony, Star, and fantasizing about being a cowboy movie star. When he started school, the reality that hardly any of the other children in his class acted this way was quite startling to him. Often he wore his pajama top to school, because it was the closest thing he had to a pirate shirt. He never quite understood why that didn’t completely bowl the girls at school over, when it worked so well for Burt Lancaster or Kirk Douglas in the movies.

His parents were quite musical, and Michael started taking piano lessons from his mother at the age of five. This was disastrous, because he already knew all the beginning piano tunes by ear from listening to his older brothers play them, so he didn’t really bother with learning how to read the music, he just played them from memory. This of course displeased his teacher greatly, subsequently, Michael could often be found hiding behind the chicken house when it was time to practice or take a lesson.

Sometime around the age of seven, Michael’s dad took him to a nighttime rodeo at the Peoria motor speedway. This was a particularly special event for several reasons. They did not take the rest of the family; it was at night after dark, and past his bedtime; and something life changing occurred in the middle of the whole thing. The McGinnis family owned lots of horses, and Michael had already been to many horse shows and rodeos in his young life, but at this one, during the intermission, the lights went down, and the spotlight came up and out of the shoots on a big white horse, and dressed in a burgundy cowboy suit trimmed in rhinestones, rode Tex Ritter, the singing cowboy movie star. Tex rode to the center of the arena, and strumming his rhinestone-decorated guitar, sang, “Blood on the Saddle”. The story goes that upon completion of the tune, Michael leapt to his feet, and screamed, “Daddy, I want to do that!”

Michael bugged his folks for a guitar, until they finally bought him a ukulele. With a little help from his mom, he taught himself to play it, and began entertaining his family, and performing in school variety shows. Eventually he graduated to a four-string guitar, and by the time he entered high school, he was playing a full- sized electric guitar, and had formed a Doo-wop group called the ‘Six-teens’. The group had a rehearsal policy which said that if a member heard a song during the week that they thought would be good for the group, they should bring it to rehearsal, and the group would vote on it. It is important to note that in those days, radio in the Midwest was still segregated, and it was very difficult for young white boys to hear, let alone get their hands on real black rhythm and blues. But dauntless, Michael pursued several avenues and emerged on one occasion with a copy of “Daddy Cool” by the Cadillacs. He was sure that when he brought this record to the group they would be overwhelmed with excitement to learn it and perform it. Another member of the group came to that rehearsal with a record by an unknown trio of white Ivy League college students who played acoustic guitars, and banjos called the Kingston trio. The record was called “Hang down your head Tom Dooley”, and little did the boys realize at the time that this was the beginning of what was to become known as the Urban Folk Revival. The group elected to sing the folk song much to Michael’s chagrin. Soon after that experience he gave up on that group.

Synonymous with the Six-teens, Michael also played guitar in a Dixieland band which featured a trumpet player who sang folk songs just like Harry Bellefonte. He did not, however play the guitar, so Michael became his accompanist. When that boy graduated, Michael was left with an entire solo folk repertoire, which he continued to perform. This became the basis of the repertoire that he perfected in college, and eventually took on the road in the summer of 1962.

By 1962, Folk music in America was a viable popular art form, and groups like Peter Paul and Mary, the Kingston Trio, the Limelighters, the Brothers four, and the New Christy Minstrels were touring nationally. Similarly, on the East Coast, Joan Baez, Bob Dylan, Judy Collins, Josh White, and of course Bellefonte. Pete Seeger and the Weavers, were making a big noise with songs of the people. So having failed his French class at De Pauw University, which put his academic endeavor in question, Michael took his guitar, and one suitcase of clothes and stuff, and went to St. Louis to Gaslight Square, where he was hired for fifty dollars a week, at a club called “Jack’s or Better”, which was a steak house catering to a mostly Jewish clientele. Michael strolled through the tables singing folk music for tips, and immediately had to learn standards like Hava Nagila. At the end of six weeks of this he got a raise, the owner built a stage with lights and sound, stopped serving meals, and turned the place into what became known as a “Folk House.”

The next two years were spent touring America’s cities playing in coffee houses, and folk clubs. The Viet Nam war was in full-tilt Boogie, so the draft was looming. Michael joined the Army Reserves, and spent 7 months of 1964 at Fort Knox, Kentucky as a Battalion Talent Director. Following this he returned to College at Bradley University in his home town, and one night at about three o’clock in the morning he received a phone call from Michael Settle who was in town at the local hotel with the New Christy Minstrels. He told Michael that Berry McGuire had left the group, and they needed a replacement. Long story short, four days later, Michael was out of school, out of the army reserve, out of Peoria, and on the road. The rest, as they say, is history.