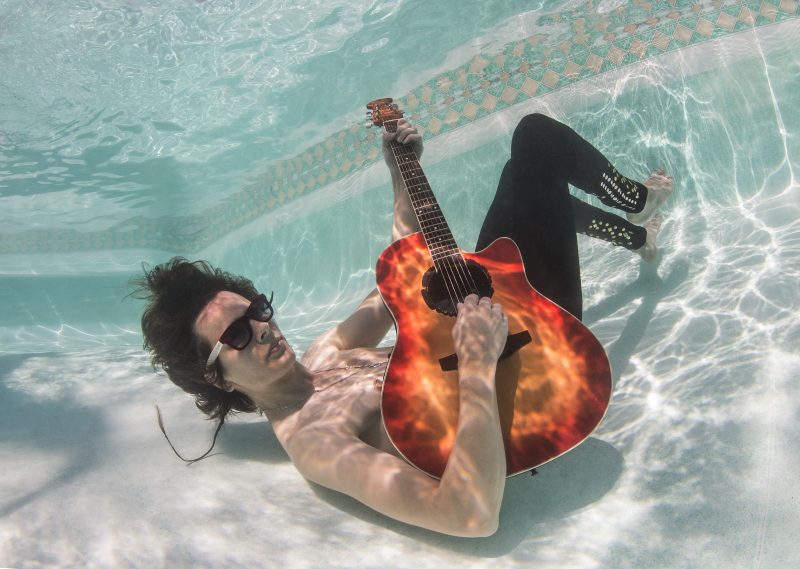 How to IMPROV Comedy with Guest, Author of the book, “IMPROV Comedy,” and Director and Founder of the Legendary Improvisational Comedy Troop “OFF THE WALL,” Andy Goldberg; and Musical Guest, Grammy Ballot Artist for “”Best Rock Song,” and “Best Rock Performance,” and “Vh1’s Top 20 Countdown” Artist, Privet EARTH on The LIFE CHANGES Show

Born and raised in Russia, Ivan Smirnov was heavily influenced by the American/British pop/rock scene as well as Classical and Electronic music, and started writing his own musical material in English and Russian at the age of 8. Ivan lost his mother to cancer, when he was 12. He tried to express his feelings in his own unique genre of music, which he later called ‘Blitz-Rock’…

A few years ago, after traveling thousands of miles and facing many obstacles, Ivan made it to Los Angeles. “The struggle was unbelievable!” remembers Ivan, “One day I even found myself homeless with the only thing I owned – my guitar” But he didn’t give up. His explosive performances, unique vocal style and talent quickly gained this Russian wonder respect among everyone who heard his music. ‘Privet Earth’ was born!

Grammy ballot for “Best Rock Song” and “Best Rock Performance”, appearance on Vh1’s Top 20 Countdown, # 1 Rating in the World in Reverbnation charts with over 23 million video views, “Artist of the Week” and “Top 25 Best New Acts of 2015” according to “Music Connection” magazine!… and this is just the beginning for Ivan and his Blitz-Rock project. Privet Earth has recently released the 2nd studio album “Breaking The Ice”. The new record is already getting 10/10 star rave reviews from leading indie music publications all over the world.

In addition, Ivan is currently working on a very heart-felt project with other celebrity artists : producing “The End of The Broken World” charity single to benefit victims of terrorism and refugees of war, through World Vision charity organization.
Learn More About Our Guest Privet EARTH on the Web: