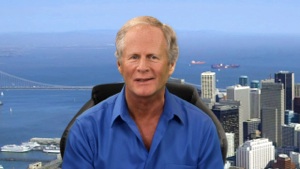 A Whole New World? Foster Says, It’s Not Only Possible, We Can “Thrive!”

Foster Gamble is a direct descendant of the later James Gamble,  Soap-maker and Founder of the U.S. consumer goods corporation, Proctor and Gamble.  Growing up in Cincinnati, Ohio, Gamble lived his childhood in a position of privileged and power where he attended elite private schools and attended his collegiate career at Princeton University.  Groomed to be a leader in the establishment Gamble chose a different path.

As a young boy, Gamble had an inquisitive personality that led him to envision a world scenario of a universal energy source.  A lifelong journey in the pursuit of knowledge, Gamble involved himself in many intellectual subjects. Discontent with the current structure of power in the world and the massive global suffering, Foster Gamble set to make a documentary that unveiled the true reality of our existence in the 21st century.

To learn more about our guest or to watch or buy the film visit www.ThriveMovement.com