Fall Deeply in Love – with Yourself, with Guest Camilla Sacre Dallerup, and Musical Guests Danielle Crook and Cory Pesaturo, on The LIFE CHANGES Show #565 Pg3 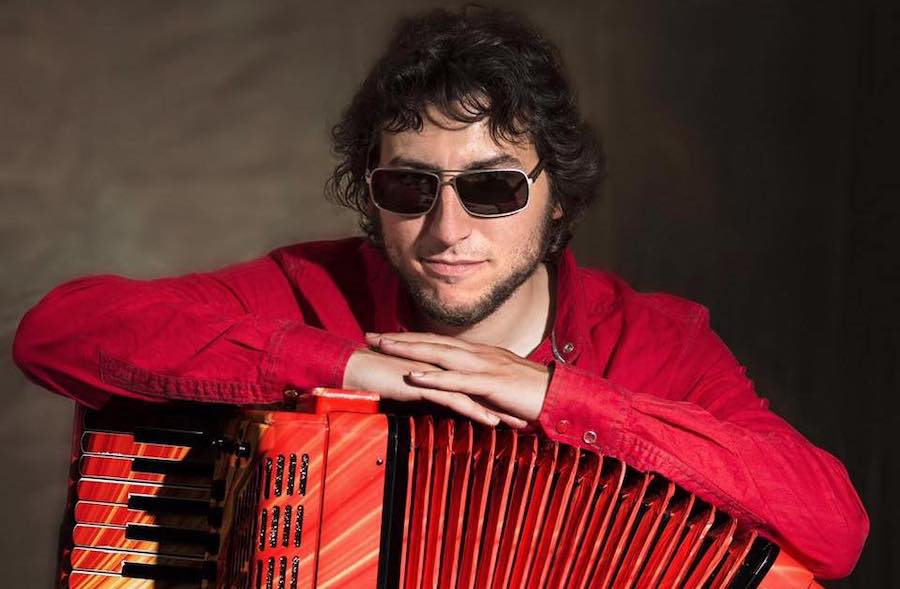 Cory Pesaturo (“C Pez”) is on the forefront of the accordion world, pushing the boundaries on multiple fronts of what is possible with the accordion. The only person to ever win the trio of World Championships on Acoustic, Digital & Jazz Accordion, and the only accordion graduate of the prestigious New England Conservatory of Music in Boston, MA. In 2017, Pesaturo became a Guinness World Record Holder, as RedBull® flew him to Austria to break the Marathon Accordion Record, in which Cory played for over 32 hours. Cory’s main contribution is his visionary thinking of how the accordion should be used, played, taught, and presented in modern music. He has given 2 TED Talk’s and 2 Google Talk’s about this, which are currently the only TED or Google talks in the world about the accordion. Pesaturo is also developing his own electric accordion, and already has made the first ever skinned accordion which includes a symmetric lighting system attached to the keys.

Pesaturo’s extensive resumé includes appearances at the White House for President and Mrs. Clinton on 4 different occasions, starting at age 12, and 8 other appearances for the Clintons since 2000, along with 14 letters from the first family. On one of those occasions, he became the youngest person to ever perform at a State Dinner, performing with the Marine Strolling Strings for the President of Hungary. Some TV appearances include the Late Show with David Letterman, performing with Johnny Depp, and nationally televised programs in New Zealand, Canada, Italy, Tunisia, France, and Finland. On an NYC broadcast, CNBC/FOX host Maria Bartiromo once said “No one is currently doing more for the Accordion than Cory”. He has judged accordion competitions in the US, Canada, and Europe, in addition to other music competitions, and currently gives masterclasses at various universities throughout the US and Europe on Accordion and Improvisation.

For his Classical side which is lesser known, a win in a concerto competition at 16 years old gave Pesaturo the rare opportunity to perform with the Brockton Symphony Orchestra as a featured soloist, where he became the youngest accordionist to ever solo with a symphony orchestra in the US back in 2003. Concerning his Jazz side, Cory recorded two CD’s with saxophone legend George Garzone and his known band “The Fringe” at age 19, and has become friends with Jazz and Music Legends Quincy Jones and Wynton Marsalis. His performances at all 3 of his World Championships were played on accordions that were not his, and were generally 90% improvised; both aspects are unheard of in the accordion world.

The instruments most famous legend in the US, Dick Contino, said when Cory was only 15, “Of all the accordionists I’ve seen over the years, Cory is the one to pass the torch to, the only one who has all the tools to bring the accordion back to its former glory.” Guido Deiro’s son, the “Father of Piano Accordion”, has stated “I’ve worried greatly about the future of the accordion since my father died, but not anymore since seeing and hearing Cory.”

Pesaturo is also heavily involved and respected with the weather and motor sports worlds as well. He composed the Official list of records set by the record-breaking 2005 Atlantic hurricane season and also wrote the lists for the 2007 and 2008 Seasons as well. Moreover, he has put out reports on Winter Seasons for the US which have been featured on Accuweather.com, HurricaneCirty.com, and others. Cory is known for his FreeSledding work, including his own sledding mountain called “CN Mountain”. He has written sports blogs for sites like Bleacher Report, and has collaborated with members of the Red Sox and the Drop Kick Murphy’s on the “Fenway 100″ album released in 2012. His music has been played on Formula 1 broadcasts on NBC, FOX, and Velocity, and additionally has an ongoing musical relationship with 98.5 The Sports Hub in Boston.