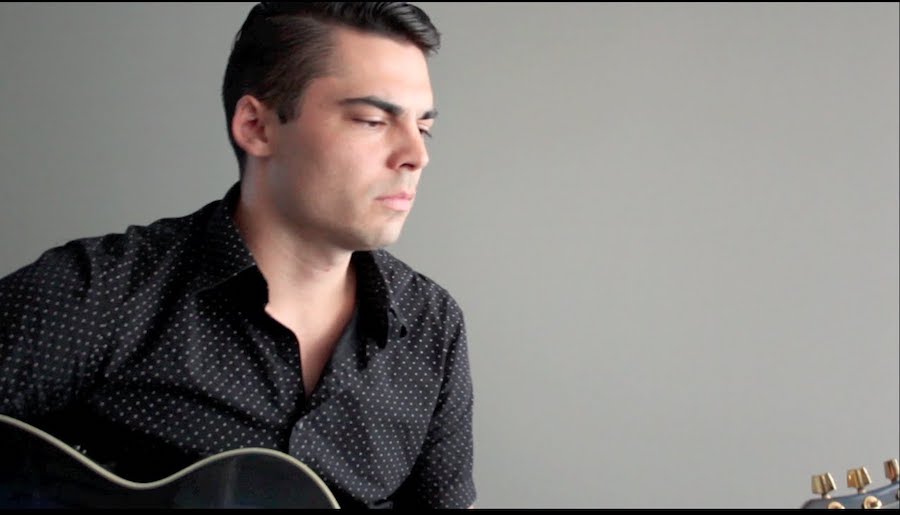 BEN CARON is a Los Angeles-based songwriter, New Age Pop artist and community organizer, who over the past five years has performed at LA’s favorite venues and whose international following enthusiastically helped him to record his debut and sophomore albums completely community-funded
(by over 500 donors.)
​
An Iowa native, Ben attributes his eclectic musical style to his diverse life experiences, blending elements of pop, New Age, soul, folk and gospel. Having grown up listening to all genres of music, and being greatly inspired by iconic pop, country and folk storytellers such as James Taylor, Elton John and Garth Brooks, Ben learned popular songwriting through aural osmosis. Then at the age of 15 he picked up a guitar and taught himself to play by writing original music based on his life experiences. Needing to expand his horizons, at 18 years old Ben left Iowa to train classically in voice and acting at CSU, Los Angeles where he learned not only the essentials of good vocal technique, but also the crucial necessity for authentic connection and true inspiration in performance.
Ben began his career as a recording artist shortly after college, releasing his self-titled debut album in 2013. In 2014, he formed the singer-songwriter’s collective “The Sovereign Sons & Daughters” with whom he toured for 3 months, and in the Summer of 2014, Ben embarked on a crowd-funded solo tour of the UK. His recent acoustic EP, “CLIMB” debuted in January 2015 and for the rest of 2015 Ben lead THE JOY MACHINE, a collective of local instrumentalists and vocalists whose mission was to spread joy, love and connection through the power of live music. In 2016, with the help of The Joy Machine, Ben recorded and released the community-funded “King Benjamin’s Royal Heart,” a New Age-Pop concept album whose positive messaging has inspired countless listeners. Ben currently performs both as a singer-songwriter and as a workshop leader, collaborating with yoginis, sound healers and flow artists to generate holistic wellness.

Learn More About Ben Caron and his projects at: