Popular Shows
Home Topics Alternativity Is the Return of Quetzalcoatl Happening in 2012? with Guest Daniel Pinchbeck on Life Changes With Filippo #80 S2:E41 (2010) 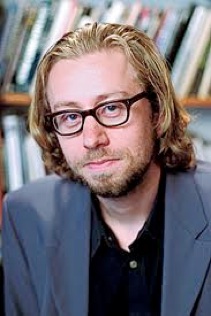 Author Daniel Pinchbeck has deep personal roots in the New York counterculture of the 1950s and 1960s. His father was an abstract painter, and his mother, Joyce Johnson, was a member of the Beat Generation and dated Jack Kerouac as On the Road hit the bestseller lists in 1957 (chronicled in Johnson’s bestselling book, Minor Characters: A Beat Memoir). Pinchbeck was a founder of the 1990s literary magazine Open City with fellow writers Thomas Beller and Robert Bingham. He has written for many publications, including Esquire, The New York Times Magazine, The Village Voice, and Rolling Stone. In 1994, he was chosen by The New York Times Magazine as one of “Thirty Under Thirty” destined to change our culture. His books include “2012: The Return of Quetzalcoatl” and “Breaking Open The Mind – A Psychedelic Journey Into the Heart of Contemporary Shamanism.”

Pinchbeck appears in the new feature-length documentary film 2012: Time for Change directed by Joao Amorim. In Breaking Open the Head, Pinchbeck explored shamanism via ceremonies with tribal groups such as the Bwiti of Gabon, who eat iboga, and the Secoya people in the Ecuadorean Amazon, who take ayahuasca in their ceremonies. He also attended the Burning Man festival in Nevada, and looked at use of psychedelic substances in a de-sacralized modern context. Through his direct experiences and research, and philosophically influenced by the work of anthroposophist Rudolf Steiner he became convinced that the shamanic and mystical view of reality had validity, and that the modern world had forfeited an understanding of intuitive aspects of being in its pursuit of rational materialism. Drawing heavily upon contributions to the Breaking Open the Head websites forum, Pinchbeck’s second book, 2012: The Return of Quetzalcoatl, examines prophecy through personal and philosophical approaches, and offers the hypothesis that humanity is experiencing an accelerated process of global consciousness transformation, leading to a new realization of time and space during this period. In 2012, he also examines the psi or extra-sensory perception research of Dean Radin, the theories of Graham Hancock, his own encounters with crop circles, a visit to calendar reform advocate José Argüelles, and his direct reception of prophetic material: the voice of the Mesoamerican deity Quetzalcoatl, began speaking to him during a 2004 trip to the Amazon in Brazil. At the time, he was participating in a ceremony of the Santo Daime, a Brazilian religion that uses the psychedelic brew ayahuasca as its sacrament. Through its references to 2012 and the Maya calendar in the context of New Age beliefs, Pinchbeck’s book has contributed to Mayanism. The book also details his acts of infidelity and his interest in polyamory. Pinchbeck lives in New York’s East Village, where he is editorial directory of Reality Sandwich (www.realitysandwich.com). He writes a column, Prophet Motive, for Conscious Enlightment publishing (www.cemagazines.com), which appears in Conscious Choice (Chicago), Conscious Choice (Seattle), Whole Life Times (LA), and Common Ground (SF). He is cocreator of the animation project, PostModern Times (postmoderntimes.com).