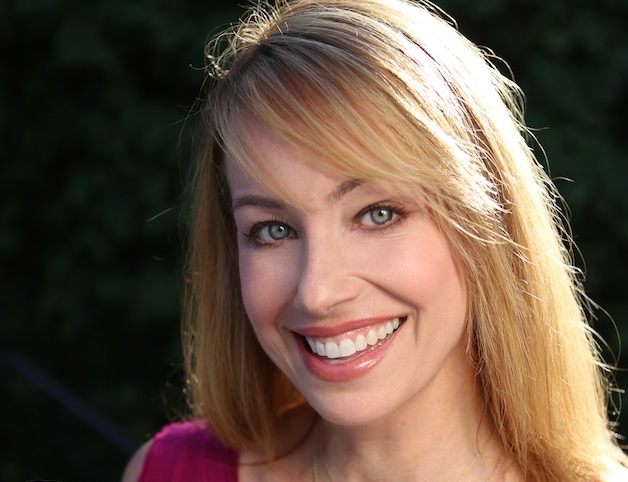 “Believe in Your Epiphanies.  Believe in yourself.  Take Action. And watch the world conspire to support you,” with Guest Elise Ballard and Musical Guest Lantz Lazwell and the Vibe Tribe.

Elise Ballard is the host and creator of the online community and website, Epiphany Channel, and the author of Epiphany: True Stories of Sudden Insight to Inspire, Encourage and Transform (Random House/Crown Publishing), a collection of over 50 interviews with amazing people from all walks of life recounting the stories of their greatest epiphanies. She started her career in entertainment working as an actress and moved into independent filmmaking and producing in Los Angeles as a partner in a production company who had films distributed by Lions Gate and Monarch Entertainment. Her directorial debut, Lord of the Wiens: A Dachumentary, a movie about the annual Wiener Dog Races in Buda, TX, became a cult hit.

She is a regular contributor to Psychology Today and the wildly popular website, Positively Positive, and she recently was invited to speak at a TED event where she delivered two talks – one for middle and high school kids and one for adults. Elise also had the privilege of being invited to attend and cover the 2011 Nobel Prizes, and she serves as one of the judges for the prestigious Humanitas Prize in Los Angeles, awarding writers for emphasizing and celebrating humanistic values in their work. She has created, directed and produced numerous projects including the YOU DVDs accompanying the YOU book series by world-renowned, bestselling authors, Drs. Mehmet Oz and Michael Roizen. She currently is in development on several projects, including more for the Epiphany Channel, film and television versions of the Epiphany project, and future books for the Epiphany series.

To CONTACT Elise about interviews, speaking engagements or workshops or anything else interesting and fun, please reach out to her at elise@epiphanychannel.com

To Learn More About Our Guest Elise Ballard, Visit www.EpiphanyChannel.com

Lantz Lazwell & the Vibe Tribe service the deep, melodic desires that drive us to dance with their eclectic Rock ’n Soul beat—sourcing the highest class of funk to deliver you to your most righteous dance floor groove.
Lantz has not only been a national touring artist for years, touring and sharing the stage w such greats as George Clinton, Bernie Worrel, Eric McFadden, Norwood Fisher (Fishbone), Stephen Perkins (Janes Addiction), but also was the winner of a Los Angeles Music Award for “Best Rock Male vocalist ” in 2007.
His new project “Lantz Lazwell and the Vibe Tribe”, utilizes interchangeable mediums for sound, like their soul-satisfying electronic collaborations fusing Live instruments and electronic sub bass lines. Lazwell & Tribe are often found performing with aerialists, fire spinners, & top-notch performers of a divinely peculiar breed. A power house of talent & noteworthy showmanship, each member takes joy in maximizing viewer experience to the highest level. Thru pairing digital & performance art with their interstellar funk, this Band immerses its audience in a captivating auditory & visual realm—dictated solely by the stories issuing from Lazwell & Tribe’s soul-melting lyrics & musical score.
A festival staple & “Burner-Approved” venue sweetheart, Lantz Lazwell & the Vibe Tribe bring the groove-based anthem back into your heart & rock you right. For booking info contact phYne Entertainment – booking@phYneentertainment.com

To Learn More About Our Musical Guest Lantz Lazwell and the Vibe Tribe, Visit www.LantzLazwell.com