Popular Shows
Home Archived The Art of Storytelling on the Air, with Guest Barry Farber on Life Changes With Filippo – Radio Show #179

The Art of Storytelling on the Air, with Guest Barry Farber on Life Changes With Filippo – Radio Show #179 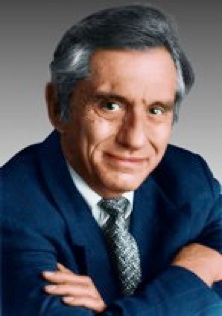 As smooth and civilized as Jack Daniels whiskey, and with just as much kick, Barry Farber is one of America’s legendary talk show hosts. Raised in Greensboro, North Carolina, he drank in with his mother’s milk the art of storytelling and of painting memorable images with a gentle Southern accent. But before leaving college this knight errant had been editor of a daily newspaper, a wrestler, a steel worker, a representative of American college students in Yugoslavia and Brazil, an interpreter for units of the Chinese Nationalist Navy, and a Phi Beta Kappa student.

His radio career began in New York City when William Safire, then assistant to Tex McCrary, hired Farber as a producer. Barry soon became a familiar and beloved voice on the Big Apple’s airwaves, hosting his own shows on WINS, WOR, WMCA, and WABC. Barry went national in 1990 and only a year later was named “Talk Show Host of The Year” by the National Association of Radio Talk Show Hosts.

One secret of Barry’s enormous success is that he speaks in 26 tongues. A God-given gift for languages led him to teach himself Spanish, French, German, Italian, Portuguese, Indonesian, Yiddish, two dialects of Chinese, and more. Such fluency came in handy in Havana as he covered the Cuban revolution, when he led Hungarians across the border to freedom after their revolution, and when he could speak Russian with Soviet Jews from the Moscow synagogue beginning in 1956. As his audience knows, part of Barry’s genius is a gift for hearing the inner voices of the human heart.

A master of language and a joy to hear, Barry’s articles have appeared in The New York Times, Reader’s Digest, and the Washington Post. Among books he has written are Making People Talk, How to Learn Any Language, How to Conceal Stupidity, and his current bestseller How to Not Make the Same Mistake Once. Like his writings, Barry’s talk show brings listeners wisdom, insight, and first-hand knowledge from a cosmopolitan mind and down-home heart full of charm, sweetness, and the warmth of a deep and steady inner fire. One taste and your listeners will agree that Barry Farber is to talk radio what a fine wine is to a good meal. Barry Farber couldn’t have had a better head start into journalism.

He joined the Norwegian Merchant Marine, represented America at international conferences in Yugoslavia and Brazil, and was an interpreter for units of the Chinese Nationalist Navy and the editor of a daily newspaper – all before graduating Phi Beta Kappa from the University of North Carolina in 1952. Since then, Barry has helped Hungarians across the border after their Freedom Fight and sped to Cuba after the fall of Batista, beating Fidel Castro to Havana by five days! Barry reported on the repression of Soviet Jews from the Moscow synagogue and covered the Liberty City, Florida race riots from an all-black bar.

He was the first free-lance journalist to enter the Soviet Union after Stalin, where he actually had cocktails with Molotov. Over the years Farber’s columns have appeared in the New York Times, Reader’s Digest, the Washington Post and the Saturday Review.

He writes a weekly opinion piece for World Net Daily. During the Korean War Farber served in the army as a Russian translator for American military intelligence.

After Soviet forces overwhelmed the Hungarian Freedom Fighters, Farber helped Hungarian refugees across the border to freedom in Austria.

He volunteered with Catholic Relief to resettle Hungarian refugees in North Carolina.

The American-Hungarian Foundation honored Farber with its prestigious George Washington Award in 2007. Farber landed his own radio show on WINS in New York in 1960, moving to the number one talk station in America, WOR, in 1962.

By the time Farber left WOR after fifteen years to accept the Conservative Party’s nomination for Mayor in 1977, his show occupied more than 25% of the station’s entire broadcast week.

After losing that election to Ed Koch, Farber joined New York radio station WMCA where he remained for eleven years, whereupon he entered national syndication, where he remains.

“The Barry Farber Show” is heard Monday through Friday over CRN Digital Talk Radio and on Saturday afternoons on the Talk Radio Network.

When Barry speaks, the airwaves are filled with a mix of conservative philosophy, eloquent poetry, Dixie wit and good, old-fashioned common sense. Farber was included by TALKERS MAGAZINE among the top ten radio talk hosts of all time.

His peers named him “Talk Host of the Year” in 1991. For over thirty-five years Barry Farber was a major fund-raising speaker for Bonds of Israel, United Jewish Appeal and other Jewish charities.

He’s a veteran of twenty-three missions to Israel.

“Being Jewish has nothing to do with it,” says Farber.

“I’m available for the defense of any democracy.

Israel just happens to be the neediest.” Farber’s books include “How to Learn Any Language” (Kensington) which is the leading book in that field world-wide.

Though claiming fluency in none, Farber owns up to being a “student of” 26 foreign languages.

There’s something about Farber’s gentle southern manner that side-steps hostility to his right-of-center views.

Lots of opinions. Lots of laughs.

Just let it all flow like a student riot in Ecuador. Why do so many liberals like Farber?

One fan explains, “How can you not love a guy who can recite ‘T’was the Night Before Christmas’ in Yiddish and sings ‘Davy Crockett’ on the air in Norwegian?” To Hear Our Guest on His Radio Show, Visit www.crntalk.com/barryfarber