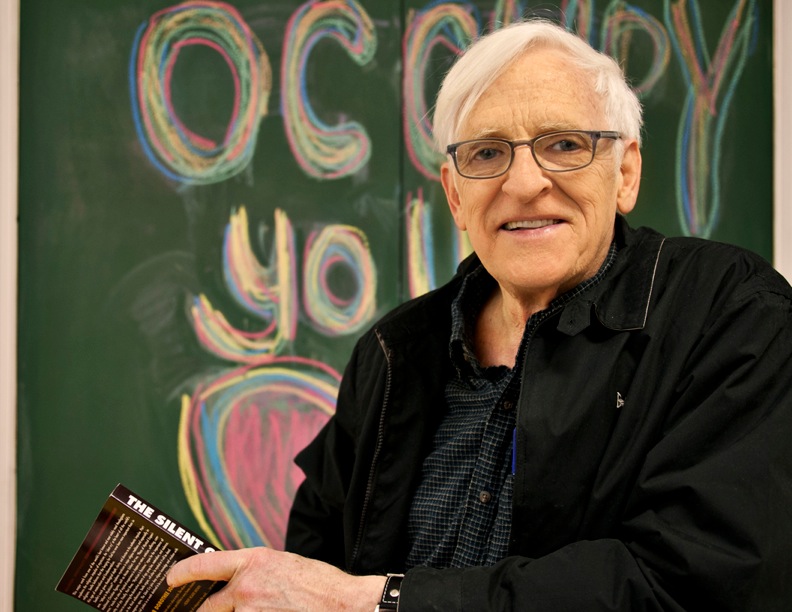 Dr. Matthew Fox is a visionary, a spiritual theologian and a lecturer in demand on continents and countries around the world. Founder of a university and author of over 30 books that have received numerous awards, he is recipient of the Peace Abbey Courage of Conscience Award which other recipients include the Dalai Lama, Mother Teresa, Rosa Parks, and Maya Angelou. Dr. Fox is a leader and powerful voice for renewing the ancient tradition of ®evolutionary Creation Spirituality which is feminist, welcoming of the arts and artists, wisdom-centered, prophetic, based in ancient Judeo-Christian tradition, supported by leading-edge science, and bears witness for social, environmental, and gender justice.

Matthew Fox holds a doctorate in spirituality from the Institut Catholique de Paris and has authored 32 books on spirituality and contemporary culture that have been translated into 60 languages. Fox has devoted 45 years to developing and teaching the tradition of Creation Spirituality and in doing so has reinvented forms of education and worship.  His work is inclusive of today’s science and world spiritual traditions and has awakened millions to the much neglected earth-based mystical tradition of the West.  He has helped to rediscover Hildegard of Bingen, Meister Eckhart, Thomas Aquinas. Among his books are Original Blessing, The Coming of the Cosmic Christ, The Reinvention of Work, A Spirituality Named Compassion and Meister Eckhart: A Mystic-Warrior for Our Times.

“…One of the great prophetic voices of our time.” David Korten, author of “When Corporations Rule The World”

…Deep and forceful, Matthew Fox reveals what has corrupted religion in the West and the therapy for its healing.” Bruce Chilton, author of “Rabbi Jesus, An Intimate Biography”

“…Matt Fox is a pilgrim who seeks a path into the church of tomorrow… History will name him one of the great Christian spirits of our age.” John Shelby Sponge, author of “A New Christianity for a New World”

Learn More About Our Guest Matthew Fox at www.matthewfox.org