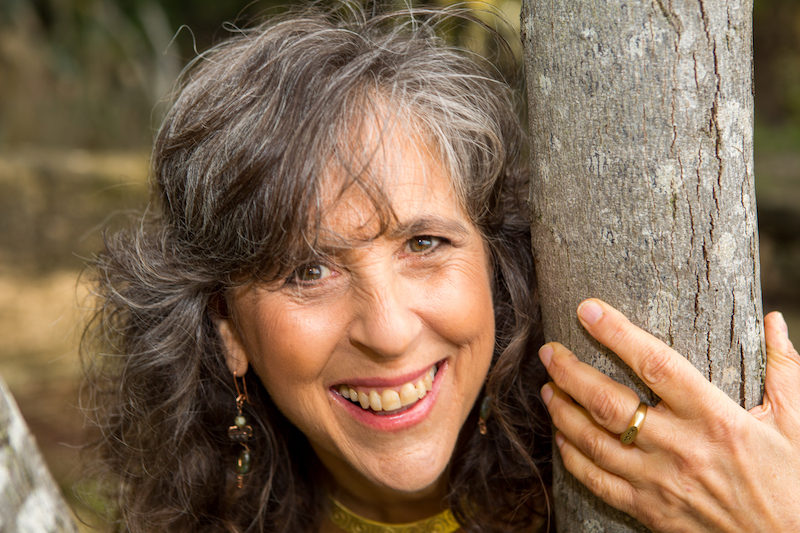 Born in the United States, Eliana left for France in 1991 and then moved to Israel in 1994. Professionally, she has dedicated her life to reviving the conscious use of voice and rhythm as natural healing instruments, as they were used in ancient matriarchal times. This wordless healing sound modality helps people find their authentic voices and connect to their inner calm and wisdom.

It has been clinically researched in a neonatal intensive care unit, where it was proven to lower blood pressure and heart rate, increase focus, and improve the quality of sleep. Her work has been featured in publications like Drummer, Yoga Journal, Mothering, Music and Medicine Journal, Global Rhythm, and Hindustan Times. Documentarian Emmanuel Itier also features Eliana in her award-winning film Femme (2013), narrated by Sharon Stone.

Eliana is a frequent keynote presenter, teacher, and performer at healing music, leadership, health, and mindfulness conferences throughout the world. Such events include TEDxSanJuan (2017), International Conference of Traditional Music (2017), Globe Sound Healing Conference (2014), TEDxVailWomen Conference (2012), Chinese Spa Conference (2011), Music and Medicine Symposium (2010), and the Legends of Nonviolence Conference (2007). She has also presented at the United Nations, the Chopra Center in New York City, and the Thank Water Conference (2003), alongside Masaru Emoto, author of Messages from Water, whose research revealed the profound effect of her music upon frozen water molecules.

Through the Voices of Eden Ancient Wisdom and Healing Music Institute, Eliana researches and teaches the principles of feminine power and the voice.

In addition to Miriam’s Secret, she is the author two books: Rhythms of the Natural Voice Workbook (2002), a companion to the CD Rhythms of the Natural Voice (2001); and Quiet in the Eye of the Storm: Living Peace in a War Zone, a digital book and audio program written, recorded, and published during the 2006 Israeli-Lebanon War. She has produced five music CDs and a groundbreaking relaxation music program used by dentists worldwide.

Eliana also narrated the “The Forgotten Jews,” a PBS documentary broadcast in November 2005. In 1992, she broadcast the voiceovers for CBS television during the Winter Olympics in Albertville, France.

She alternately makes her home in Los Angeles, California, and Galilee, Israel.

More About Eliana Gilad at www.voicesofeden.com