What Is Your Body Dying To Say? With Guest Dr. Rhonda Donahue and Musical Guest Oliver Mac on LIFE CHANGES – Radio Show #308 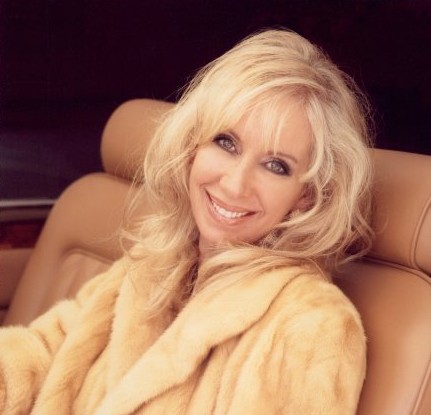 What Is Your Body Dying To Say? “The Pollution Inside You!” With Guest Dr. Rhonda Donahue and Musical Guest Oliver Mac.

Rhonda Donahue, PhD, specializes in Nutritional Counseling, Microscopy, Anti-Aging and Bio-Energetic Technology. She is respected in the Health Field both in Alternative and Allopathic Medicine and strives towards excellence and professionalism in the Health Industry. She encourages individuals to lead a healthier lifestyle in the areas of Nutrition, Emotional Health, and Physical and Spiritual Healing. She is a member of the prestigious Anti-Aging 4 Medicine. Rhonda has a Bachelors degree in Nutrition and a Masters degree in Metaphysical Science. Rhonda is determined to help individuals gain knowledge and insight into finding ones own potential and finding balance in life and health.

Learn More About Our Guest Rhonda Donahue, Ph.D. and Her Book, “The Pollution Inside You!” at

Oliver Mac is a 17 year old R&B singer/songwriter/producer. He was raised in Leeds, England and his time is now split between the UK and LA. He also plays piano and guitar.

Music style:
Oliver has a distinctive sound culminated from a deep bass/baritone mellow tone coupled with a strong falsetto. He is what many people describe as ‘the unexpected!’ fulfilling a niche in the music industry.
Oliver was offered a recording contract in October 2014 in LA but decided to decline the offer due to advice from his music lawyer.

He currently has gigs arranged in 2015, dates and venues will follow.

Family Background:
Oliver Mac is the youngest of three children, he has a sister Natasha and a brother Christian. His parents encouraged the whole family to sing and as a family they sang regularly in the home. Oliver showed a particular interest and appeared to have a natural gift for singing.

Heritage:
Although Oliver Mac has been raised in England he is of Scottish heritage and of royal decent his ancestor being King Kenneth MacAlpin of Scotland, the first King of Scotland. The family have their own crest and tartan.
Journey:
At the age of 9 Oliver performed his first solo performance singing ‘Somewhere over the rainbow’ This was the first of many more solo and group performances.

He began posting 15 second singing clips on Instagram and soon learned that the majority of his fans were American girls although as his voice was so deep and unlike many other well known male singers his fan based also consisted of young and old appreciating his deep voice and equally impressive falsetto range. After completing high school achieving 9 GCSE’s he was accepted into the prestigious Leeds College of Music.

However in August 2014 he was spotted on instagram by an American talent scout and him and his family were flown to LA. In this time he worked with music writers such as Fall out boy ‘Centuries’ writer Raja Kumari and top Hollywood producers and technicians.

Meeting and working with Hollywood celebrities such as Kyle Massey (who also rapped on one of one of his tracks) Akon and many others.

During this time in America during recording sessions in many different recording studios and with a diverse team of producers he learned the basics of producing and began writing and producing his own R&B tracks.

After declining the Hollywood recording and management contracts he returned to the UK and wrote and produced a number of compositions and met with music managers and promoters to get his music heard by the masses.
His time is now split between the two Countries as he undertakes music videos and continues his relationships with key people in the music industry.

His passion and self belief are key drivers for his music. In Oliver’s words ‘Music is my everything’. His mission is to inspire people to always follow their dreams and he hopes to spread positivity through his music. His unique sound allows him to be instantly identifiable when listening to his music.

Prepare yourselves for a new music evolution in Oliver Mac!

Learn More About Our Musical Guest Oliver Mac at www.olivermacmusic.com

Things you should know about me: I’m a singer/songwriter and have been dancing all my life. I’m Inspired by Sam Smith, Ed Sheeran, Jessie J, The 1975, John Legend and Christina Perri. Jennifer Lawrence is my idol because she’s so grounded and down to earth, she’s also comfortable in her own skin, which I look up to a lot! I love playing the piano and I write my own songs! I’m in love with the color red. I’m British and proud of it. I used to live in England but now I live in California! The weather is nice here but the food in England is to die for! Quotes inspire me and I really enjoy reading books! I have a brother and a sister! My cousin completes me, although she lives on the other side of the world were still inseparable! I love December because it reminds my of home and I love the cold! I really enjoy getting all comfy, cozy and drinking a cup of tea! I really want to travel the world and purse music because I really love experiencing different cultures! I don’t like junk food I would prefer a salad over ice cream any day! My favorite subject is English because it really helps me with song writing.
I was born April 9,1998 I would say I’m an old soul because I enjoy listening to vinyl’s and taking pictures on a Polaroid camera, you call it hipster but I prefer to say that I was born in the wrong generation. I’m very artsy I love making things with my hands I’m also a very visual person and I don’t take myself to seriously because that would be silly!:) I also don’t let words or other people bring me don’t because I’m going to be myself no matter what!:) I was raised in a small village called Doncaster, I had a great childhood we got up to mischievous things but it was still the best! In this life my best friends are my fans they brighten my day an inspire me too be the best I can be! I just love anything and everything to do with music I love learning new things especially new instruments! I feel like I was born to do this because it is what I love❤ I also believe everything happens for a reason! Music is the one thing that keeps my going, when I write my own songs and pour my heart into them its one of the best feelings in the world and it shows me that this is what I was made to do!