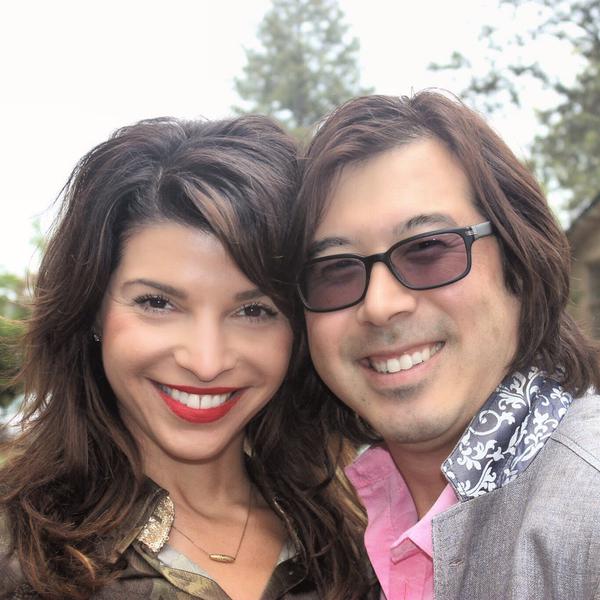 Leigh Rachel Faith Fujimoto is passionate about building safe communities for children. She began serving as Champions Against Bullying’s Youth Coordinator and media Spokesperson and spearheaded the organization’s expansion into the US in 2008.

Building on her background in psychology and mentoring, she continues to lead hundreds of workshops for kids, parents and teachers across North America, and shares her expertise with dozens of media outlets.

Leigh is also an accomplished actress, writer and producer for film and television in Los Angeles, and is working on several feature films that address important social issues. She uses her experience with the media and entertainment industry to heighten awareness and build support for the cause.

TED FUJIMOTO
Ted Fujimoto is President of Landmark Consulting Group, Inc., a management and investment consultancy for scaling innovations in learning. Clients include some of the most prominent foundations, investors and innovators that span across education, media, entertainment, technology, distribution, content, energy and real estate.

Ted helped to design and create the replication systems and strategy for several of the largest scalable, fastest growing, highest performing public school designs in the country that created over 350 schools, including New Tech Network and Big Picture Learning. Big Picture Learning, public schools located in some of the toughest urban areas in America, are graduating over 95% of their students of which nearly 100% are being accepted to college. The New Tech Network has created over 130 public schools and is opening 30 to 40 new schools per year. President Obama recently visited one of these schools: “Manor, that’s what every school should be. That’s what our country should be.”

Ted currently serves as Chairman of the Supervisory Committee at the California Credit Union, a $1.2 billion credit union. He is co-founder of MuzArt World Foundation and co-chairs the Right to Succeed Foundation, a non-profit focused on transforming public education through the creation of at least 6,000 American Dream Schools within the next 10 years.

Early in his career, he was partner in the consulting firm that developed the retail concept for the Saturn automobile brand and re-engineered the retail networks of 11 automotive and hospitality brands. He also created a national commercial insurance captive that insures over 1000 schools.
He has served on the California Education Technology Advisory Committee, received the 2002 Center for Digital Government “In the Arena” Award for Education Leadership in transforming vision to reality, and in Converge Magazines “1999 Year in Review,” Ted was named one of “Educations Dreamers, Leaders and Innovators.”
Learn More About Ted Fujimoto at www.righttosucceed.org