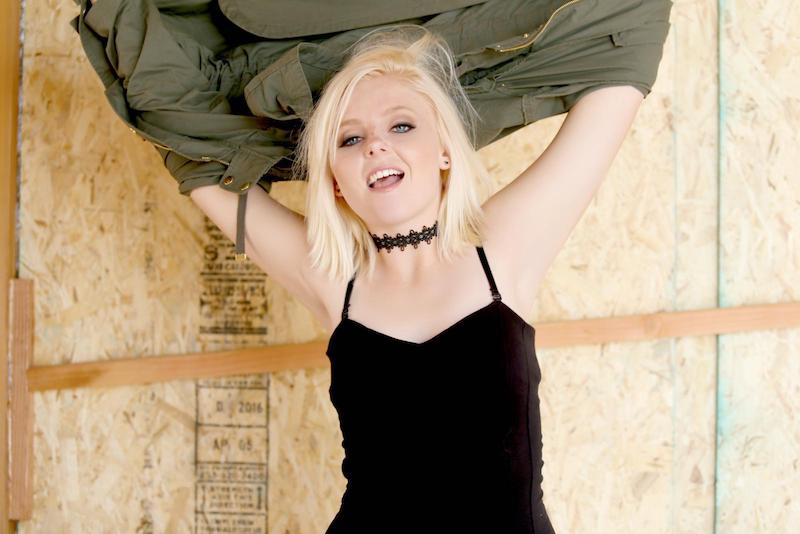 Torrey Mercer is more than just a music artist. She is a survivor, an activist, and has been told her and her music are alight in the dark for many. An award-winning recording artist and songwriter from San Diego, Torrey brings bold charisma to the stage through her jazzy-pop vocals and inspiring lyrics. Being trained in pop, jazz, rock, blues, and Broadway in her youth has guided Torrey to become the vocalist and performer she is today. With influences from pop artists such as early Maroon 5, Alessia Cara, and Lady Gaga, Torrey’s performances exude sheer power, layered with thoughtful lyrics on her experiences with bullying, low self esteem, body image, and relationships.

Torrey’s love for music emerged early on in her life, when she was 9 she got involved in musical theater, hoping to find her place in the world. She was bullied and excluded throughout her childhood, and this continued through the end of high school. Feeling like an outcast growing up has made made empathy and compassion for others a defining quality of her music endeavors. Torrey went on her first National Music Tour with the “No Bully Tour” in 2011 at 17, visiting 15 different east coast cities, and 7-8 west coast cities. The same year, she posted a YouTube video defending her idol of the time, Lady Gaga, for her career feats, which landed her 500,000 views on YouTube. Her first single “Looking Glass”, written about her experiences with low self esteem and body image, was released in 2012, winning her the Indie Music Channel Award for “Best Pop Song” in 2013, and was nominated for numerous other awards. “Looking Glass” was featured on the popular YouTube series, “The Most Popular Girls in School” (850,000+ channel subscribers). In 2014, she was named “Best Teen Artist” and “Inspirational Artist of the Year” by the Artists in Music Awards.

In addition to her music feats, Torrey became a motivational speaker and performer at K-12 schools in 2013, where she’s spoken on the subjects of bullying, kindness, and character development. Torrey has impacted over 5,000 students with her program in the state of California, and has spoken at over 15 California distinguished schools. Her individual success led to the founding of her own company, “The Pledge Tour,” an assembly program challenging kids and teenagers to take a “pledge” for self improvement. In 2015, she was awarded the “Peacekeeper of the Year” award for her antibullying efforts by the Encinitas Rotary, becoming the youngest recipient of this award in the rotary’s 50 year history. For more information on The Pledge Tour, and Torrey’s speaking engagements, visit www.ThePledgeTour.com.

Some of her notable performances outside of the No Bully Tour and her assembly work include singing the National Anthem for a pre-season NFL Chargers game, and for the US Tennis Open. She has performed at renown venues such as LA’s Whisky-A-Go-Go, The Jon Lovitz Comedy Club, the San Diego Convention Center, the USS Midway, House of Blues San Diego, House of Blues on Sunset, The Music Box, and Nashville’s Bluebird Cafe, among others.

In early 2016, Torrey independently released her debut EP, Exhale, which reflects on her past, and her personal growth over the last four years. The EP, produced by Tario Holmes (Flo Rida, Melanie Fiona, Big Time Rush, Chris Brown) and co-written with Lena Leon (Christina Grimmie, Coco Jones), was received well by her fans and the press, earning a premiere on PopDust.com, as well as a release party with her largest San Diego draw yet.

Torrey is currently writing new music, and collaborating with other artists and industry professionals to take her next steps. She is grateful for all the support her fans have given her, and can’t wait to see what her career has in store for her next.

More About Torrey Mercer at www.torreymercer.com

Photo Above By Deidhra Fahey Photography