In Search of Ancient Technology, with Guest Ramon Govea Gomez on Life Changes With Filippo #47 S2:E8 (2010) 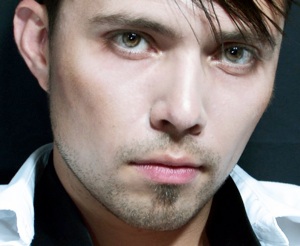 Producer, Actor, Director, and Award-Winning Screenwriter, Ramon Govea Gomez has been tackling Hollywood from the ground up, since his return in late 2007. Since then the passionate filmmaker has written 7 shorts, 3 features and is currently a producer for a new TV series slated to hit the airwaves this year.

Two of his shorts garnered recognition in the 2008 NYC Midnight Screenwriter’s Challenge, earning 1st place for his ghost story, Lost and Found, and Honorable Mention for his drama thriller, Heir to an Empire.

Ramon is currently a Writer & Producer for the PBS show Ancient Tomorrow:. The reality adventure show will take us on an epic journey around the world in search of ancient technology that could sustain our future as a species.

1 AM, his highly anticipated directorial debut is slated for production later this year. The short film is a thriller that will hit the film festival circuit in early 2011.

After a surprising return to the craft of acting, his passion is fueled by monthly performances at the Actor’s Lounge LA. All of the performances are co-written and performed with The Actor’s Studio finalist Brett E. Collier.

Ramon’s work is known for defying generic genre classification and highlights elements from each to create strong characters with unique tales. Highly influenced by American Film, the work of Plato and Shakespeare, Oral Tradition, Human Interaction Patterns, and Spirituality, these areas of study are channeled toward a single goal. Become one of the most influential minds of the 21st Century.

Returning to his place of birth, Southern California, driven by the desire to impact the entertainment industry, Ramón Govea Gómez strives to create art that reveals life. Inspired by ancient philosophies and the universal truths presented in myth, he is a storyteller that inspires for the greater development of global consciousness.

As a certified Theta Healing Practitioner, NLP dabbler, and unofficial student of Human Psychology, I have been developing a program to inspire others to achieve a life without limitation.

I believe the benefits of positive mindset and the application of proven success principles will reshape this world, one person at a time.