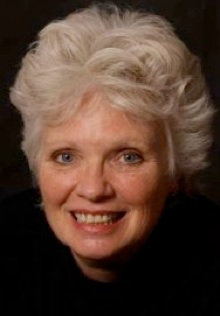 Linda Moulton Howe E.T.s, Time Travelers and Self-Activating Machines Linda is a graduate of Stanford University with a Masters Degree in Communication. She has devoted her documentary film, television, radio, writing and reporting career to productions concerning science, medicine and the environment. Thirty-one years ago in December 1980, mysterious aerial lights, thin beams and a solid black, 9-foot-long, triangular machine that felt like glass were encountered in Rendlesham Forest near the RAF Bentwaters/Woodbridge base.

Former USAF Staff Sgt. James Penniston even dragged his hands over the black, glassy object and touched strange symbols raised from the surface “like Braille.” Sgt. Penniston’s touch apparently activated zeros and ones that flooded his mind with binary code while a bright white light blinded his eyes. Sgt. Penniston has been haunted with persistent images and thoughts that he had encountered time travelers on a mission to collect genetic material from Earth. Linda will present discoveries from her December 2010 trip with John Burroughs and Jim Penniston, who returned together for the first time in thirty years to Rendlesham Forest.

Linda will also discuss the high strangeness of self-activating symbols and machines and the possibility that time travelers from the future could be harvesting genetic material from our present, which might explain at least some of Earth’s UFO phenomena.

To Learn More About Linda Moulton Howe, Visit Her At: www.earthfiles.com