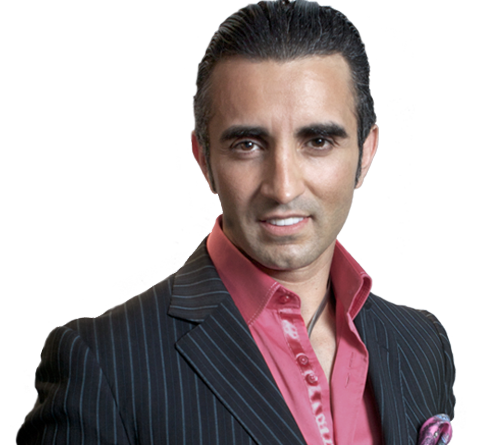 KOSTA GARA is the quintessential American entrepreneur, but the lifestyle he enjoys today, living on the shores of the Pacific Ocean in Southern California, is a million miles from his humble beginning. As a young, aspiring student, Kosta was awarded a nationwide scholarship to a Canadian university, however, a year before he was to earn his engineering degree, he followed in the footsteps of such legends as Steve Jobs and Bill Gates and took a leave of absence from the university to pursue his dream of starting his own marketing company.

In 2001, Kosta founded his second venture, a unique, creative and innovative virtual platform to bridge sales and marketing within the digital world. This technological breakthrough launched his direct-selling, software business, generating millions in sales. Five years later, at the age of 33, Kosta retired. Two years later, finding retirement unfulfilling, he partnered with his best friend to co-found an energy drink company that today operates in over 30 countries with sales in excess of $200 million in just six years. Beyond his private ventures, Kosta’s extensive portfolio includes Regional Sales Director and General Manager with two Fortune 500 companies, managing hundreds of employees with millions of dollars in sales.

As President of three privately held companies, Kosta’s passion for staying at the forefront of innovation could not be quelled and, in 2011, founded Vionic, www.vionic.com. As CEO of Vionic, Kosta works closely with his highly talented, tech-savvy team to strategically position his vision of Vionic becoming a premier software company in the blossoming world of social media marketing. His corporate mission is to develop and integrate cutting-edge marketing technologies that will revolutionize the social media world.

Kosta has resided in 9 countries, traveled to 46 countries, and visited 196 major cities around the globe. These experiences inspired him to launch his Global Konnoisseur E-magazine, www.readgk.com that advises travelers where to find the best restaurants, hotels and attractions on every continent. Kosta is co-author of two highly-acclaimed books that hit the number one spot at Amazon and Barnes & Noble and has been featured in a half-dozen international magazines and major publications. He is in the process of releasing his long-anticipated memoir.

In his spare time, Kosta enjoys playing tennis, an intense game of ping-pong, running, working out, and reading books that satisfy his thirst to discover the world.