Capturing Life in 360, with Guest Michael Mansouri and Musical Guest Maesyn on The LIFE CHANGES Show #528 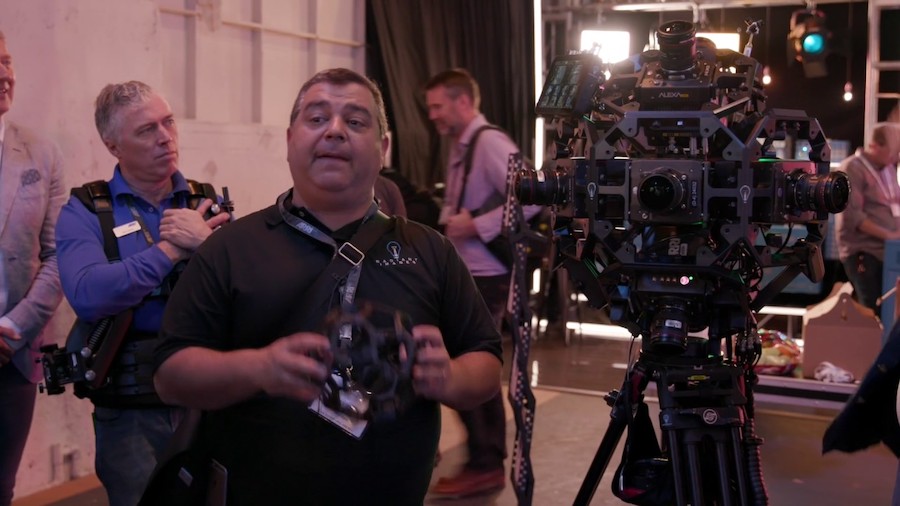 “Capturing Life in 360,” with Guest, Co-Founder of Radiant Images, and One of the Cinematography Industry’s Most Knowledgeable, Inventive and Passionate Technologists in 2D, 3D, AR, VR and Beyond, Michael Mansouri; and Musical Guest, Eclectic, Electric, Singer / Songwriter, Violinist, Maesyn, on The LIFE CHANGES Show

Radiant Images Co-Founder Michael Mansouri has been selected by the American Society of Cinematographers as an ASC Associate Member of the prestigious organization.

The ASC Board of Governors voted to extend membership to Mansouri in recognition of his technical expertise, passion and creativity in the field of digital cinematography.

Mansouri, 46, of Los Angeles, is a professional cinematographer, digital imaging technician and camera operator who has earned a reputation as one of the most knowledgeable, inventive and passionate technicians in 2D and 3D digital cinema.

His forward-thinking mindset, combined with a determination to simplify digital cinema technology, has established LA-based Radiant Images as the go-to rental house for filmmakers looking to stretch the boundaries of digital cinema. Mansouri and his team specialize in removing limits and finding solutions, often by designing and building custom rigs and gear – even new cameras – to help cinematographers achieve their vision without compromise.

The ASC is the oldest motion-picture society in the world and is considered the most highly respected educational, cultural and professional organization in the film industry. Membership into the ASC is a “mark of honor and distinction based on merit” and is possible by invitation only. Associate members are invited to join based on their significant contributions to the art and craft of motion pictures. Today the ASC has approximately 360 distinguished members (including the industry’s most well-known, skilled cinematographers) and 200 associate members who collectively dedicate their time, expertise and passion to the ASC mission.

Mansouri was nominated by Vilmos Zsigmond, ASC, and Frederic Goodich, ASC, who provided the ASC Board of Governors with letters of recommendation that were then sent out to the entire membership for final approval.

In his letter of recommendation, Zsigmond, ASC, who won an Academy Award for Close Encounters of the Third Kind, said that he has worked closely with Mansouri over the years and is most impressed by his deep knowledge of digital technology.

“Michael was one of the first to experiment with innovative HD and 3D technology and he went the extra mile by personally demonstrating how to make best use of his state-of-the-art camera features. He was always eager to lend advice and help, always knowledgeable and professional in his service,” Zsigmond wrote. “When we needed to run lens and camera tests with new digital equipment, he personally helped to set things up and make the experience valuable for all the interested ASC members.”

“Skilled DIT, camera operator, passionate gear-head entrepreneur, considerate of his clients, Michael projects an agreeably warm personality, generous to a fault,” Goodich wrote. “Knowledgeable and inventive in HD and 3D digital-technology, he seems especially adept at servicing the needs and vision of these clients: cinematographers and camera crew members – the established, the up-and-coming and the novice student.”

He continued, “Specialties of the Radiant team include design and construction of custom 2D and 3D rigs and accessories for all the major camera platforms. Radiant’s innovative development of Novo and mini-SI-2K camera systems embody compact versatility and ease of use in tight quarters, features that are impressively demonstrated in the films: End of Watch, 127 Hours and the upcoming Pele.”

Mansouri said he is honored by his selection to the ASC but also considers the recognition to be the result of a team effort at Radiant Images.

“It is certainly an honor and a privilege to be recognized by the ASC and to be placed in the company of such talented and esteemed artists and professionals,” he said. “At the same time, I believe this recognition truly reflects what we’ve been able to achieve as a team at Radiant Images in developing an approach that resonates with filmmakers. Our focus is simplicity in design and operation, ease of use, small form factor, versatility. It’s a new language of cinema and we are helping artists express themselves with these new, uncomplicated tools.”

Radiant Images created the award-winning, palm-sized Novo digital cinema camera which, along with its sister Novo 2K and SI-2K Nano, continues to captivate filmmakers. The Novo has been used in a number of feature films, including Transformers 4, Ten, Fast & Furious 7 and In the Heart of the Sea as well as NBC’s Revolution and Danny Boyle’s Babylon on BBC.

More About Michael Mansouri and Radian Images at: www.radiantimages.com/