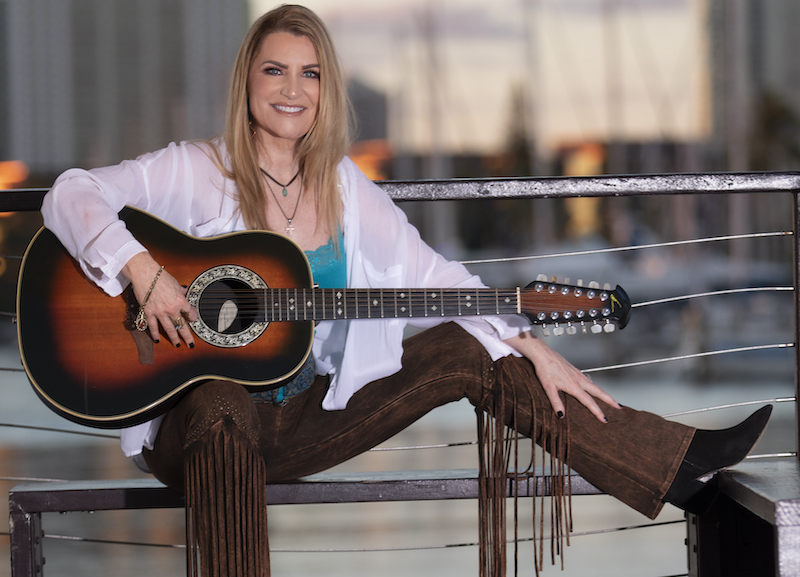 Genre:  Alternative Folk Pop – A story teller with catchy hooks.  From haunting ballads to driving rock with the occasional county pop thrown in the mix.

It was New Year’s Eve in Noosa Bay, Australia.   At midnight, looking up at the Southern Cross, Bryn didn’t know what she wanted to do with her life.  However, she did know that she did NOT want to grow old and look back with regret that she let fear or insecurity keep her down.

Bryn also knew that, in order to be really good at something, you need to have passion for it.  The only thing that really moved her was music.  This presented a problem – she didn’t really know how to sing.  Music struck deep emotion in her and she wanted to explore why

Bryn decided to start believing she could sing-figuring by the time she got a chance, she would learn.  That chance came sooner than expected after returning home to Southern California.  She asked to sing a song with a band at a party – that started her journey.

Bryn began to write songs and teach herself to play the guitar at night because she had a day job.  She started playing with a small band at coffee houses and small venues.  After a while, Bryn broke out on her own and played all over Hollywood in places like the famous Rainbow Room, Pig n Whistle, Coconut Teazers, Club Lingerie and all over Orange County, CA.

Bryn focused mainly on songwriting.  Even though she had wonderful fans and performed often, she never felt truly comfortable on stage or with her singing voice.  She finally started doing some serious work on her voice a couple of years ago and Covid gave her extra time to focus.

Because there are people who believe in her songs and because she now truly believes in herself, She has turned a page in her musical journey.

“I want to look back on my life without regret – I want to help people with my music – I am looking forward to the future and this new phase of my journey.”

More About Bryn Ryan-VanDyke at: