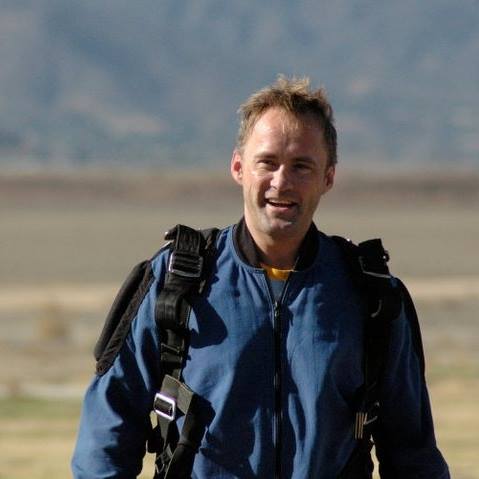 Paul Padgett has spent his professional career working in photography, videography, and music, but his other major production is saving the world through environmentalism and philanthropy. His work as a musician, composer, and producer led him to found his non­profit Rockers 4 Wildlife that was conceptualized while working with Slash from Guns n’ Roses at the Wildlife Way Station. Paul and Rockers 4 Wildlife work hard to be a voice for the voiceless animals of the world both domestically and abroad by participating in emergency rescues and by planning and implementing solutions for environmental issues.

After a tumultuous childhood, Paul rose like a phoenix to apply himself and become an entrepreneur and philanthropist. Despite living in a rocky and sometimes abusive household, as a small child he started creating a neighborhood landscaping business as well as working a paper route. At 18, he got his contractor’s license and focused on using his skills to rebuild cities after tornados, fires, floods, hurricanes, and more.

Paul moved his family from Oklahoma to California in 2003 to continue producing in the entertainment industry and to build homes in Beverly Hills and Hollywood affected by the Northridge Earthquake. Since then his interest in humanitarian and environmental efforts has only grown; he tends a 51⁄4 acre Hass avocado ranch supplying Baja Fresh, Chipotle, and Rubio’s with fresh, affordable, organic produce, works with the Air Force Civil Air Patrol 59t h Squadron out of Hemet, California as a search and rescue and disaster relief pilot, has saved 11 lives as an emergency first responder diver, supports people fighting prescription and illicit drug abuse, and produces documentary films about humanitarian and environmental issues.

Paul currently has multiple film projects in motion right now. His f ilm Mission Earth is culminating after over ten years of studying, filming, and aligning solutions to save the human race and the other wonderful creatures of Earth and is slated for release late 2017. Paul is also in principal filming right no w on C himp Village for the Wildlife Way Station, where they’re creating the first habitat of its kind for chimps.

Along with doing research on the coral reefs and kelp forests, Paul’s primary work in the oceans is out of cage studies with great white, tiger, bull, and reef sharks. He recently completed a two year project planting 157,000 coral reefs in Key Largo to provide oxygen to the planet. He also participates in massive undertaking efforts to remove trash from the oceans including clean up of Catalina Harbor, which nets five tons of trash build up per year.

He also has a flair for the arts; for four decades he has worked as a professional photographer and has produced music for legends like the Gap Band, Wayman Tisdale, Cameo, Kool & the Gang, Gladys Knight, and more and makes an effort to donate proceeds from his art sales to saving the environment and helping raise money for groups like Mi Casa, St. Jude Hospitals, Wildlife Way Station, and the Sea Shepherd.

Paul says he has become successful from always staying focused, being extremely motivated, and being around great mentors, emphasizing the importance of efficiency and follow through. Word, integrity ands a handshake are the mantra this country boy will follow to the grave!