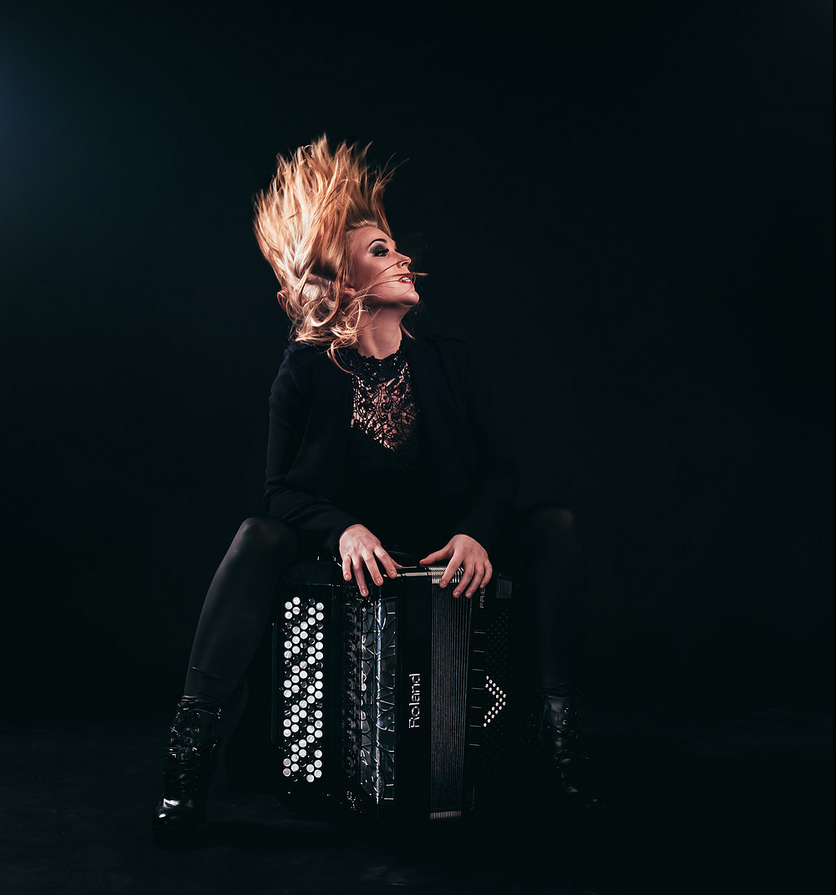 In 2006 she won the Finnish Golden Accordion competition, a national Finnish competition, and her career began.  In the competition she played the song ”Dead to the World” from a very known Finnish metal band “Nightwish,” which attained much attention around the world. Mostly because of that performance, Battle Metal -band “Turisas” asked her to join the band. Netta was a official member in Turisas in 2007-2011 and got the chance to travel all around the whole world and play for crowds of up to 100,000 people!

In 2013 Netta decided to try her chances as a singer, so she attended to the Finnish Tango-competition and got straight to the finals, and was among the top six female singers.  In 2015 Netta was asked to join another Finnish folk metal band called “Ensiferum” for three years.

One of her biggest highlights was her World Championship in the Digital Accordion category of the Coupe Mondiale, which Matthias Matzke won in 2014, and Cory Pesaturo won in 2009. Since that, she has been one of the leading digital accordionists and has reached new crowds and young enthusiastic musicians.

Even though Netta’s life has been mostly surrounded by heavy metal music, she also writes some of her own music which contains a lot of pop and instrumental music. She is also very interested in movie soundtracks and therefore says that one of her idols is Hans Zimmer.  Netta continues to work with known bands, and has had the honor to perform with bands such as “Mokoma,” “Children of Bodom,” and “Turmion Katilot.”

More About Netta Skog at www.nettaskog.com