Envisioning a World of Peace and Prosperity, with Guest Ken Sheetz on Life Changes With Filippo #70 S2:E31 (2010) 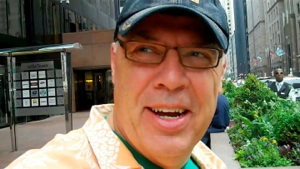 Ken Sheetz enjoyed a successful commercial real estate career before becoming a filmmaker. Sheetz was responsible for over $1 billion in commercial real estate transactions that include the development of a 38-story $162 million skyscraper and Oprah Winfrey’s $28 million Harpo Studios. In his 7 years in Hollywood, also title of his popular blog, Ken has written over a dozen screenplays, directed a national PBS show, 2008 election documentary that remains the #1 DVD for it’s subject of kids and politics on Amazon and over 100 short films.

In just 9 short months BuzzBroz’s success has taken him around the world and generated over a million viewers on YouTube for his clients.

Ken just announced the launch of a new Facebook group page called Dreamshield 10/10/10: Vision for a Gentle 2012. The page is for people looking to affirm a positive vision of a world of peace and prosperity for all beyond the end of the Mayan calendar’s end.