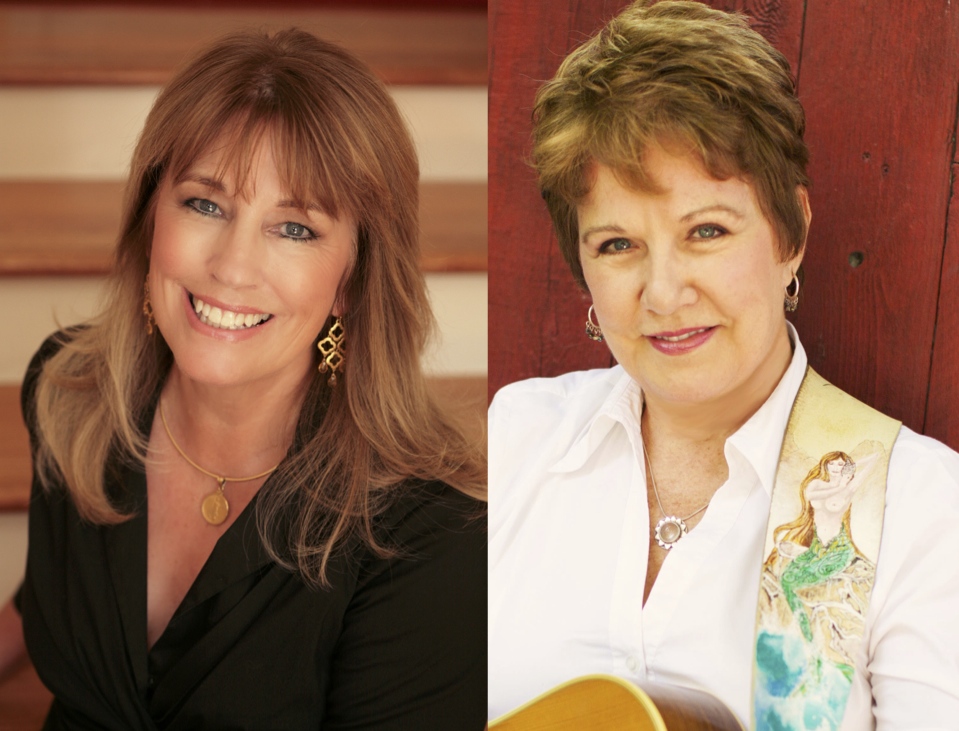 Although no stranger to the stage, Marsha, who won the
top prize for best Vocal Performance in the International American
Song Festival,² which included hundreds of thousands of performers
from all over the world, as well as steady live shows and recording, stepped
away from performing to raise her daughter, Rachael, and pursue her
voice-over and acting career (a SAG/AFTRA member with hundreds of national
credits).

You may not realize it, but you have probably heard her voice before..
Marsha has been dubbed by the press as the ³Voicemail Queen² ­ the voice for
over 40 million voice mail system subscribers in this country at one time.
“I’m sorry that’s not a valid password – please try your call again later.”
And..”Are you Still There?” She was also the National voice for Safeway and
Vons TV and radio spots, to name a few.
She also started a company with her daughter 7 years ago called Just in
Case, Inc. A socially conscious company with a mission to empower women to
make positive choices for their personal health.(www.JustInCaseInc.com)

The winds of change began a year ago  when she returned to her passion –
singing.  “I literally had to sing again. Music has a direct link to the
heart – and when you are given the gift of song – and you don’t use it – it
ends up in heartbreak.  It was time.”

After reconnecting with a former band mate she hadn’t worked with in 20
years, through Social Media, Marsha recorded her CD ³It¹s Time² in Nashville
with Diskeyes Productions. At the helm of production was Donny Marrow, with
his esteemed group of studio musicians from all over the country. Her songs
range from Billie Holiday to Bonnie Raitt. “I’ve been known to cross genres
for a great lyric. And do – often,” she muses.
She recently recorded her 2nd CD in Nashville which is due out later this
year and is planning a live recording session in November of this year.

After successful shows at Catalina Jazz Club, and an SRO show at Vitello’s
Upstairs, she has been invited to return to Catalina’s on July 10th with her
“Gentlemen of Jazz”. Featuring jazz greats, Llew Matthews is Musical
Director/Piano, Kenny Dennis on Drums, Rickey Woodard on Sax, and Mike
Gurrola on Bass.

³From the moment she steps onto the stage, Marsha captivates the audience,
has it in the palm of her hand and never lets go. She is a consistent,
constant joy throughout her performance. How fortunate we are that she has
revived her singing career after a long absence from the music scene.¹
Betty Hoover, Jazz at the ³A² Frame

Shanna “Songbird” O’Brien has been singing since a young girl.  She was a featured soloist in her church choir.   Family and friends would insist that she sing at functions and gatherings.  Her wonderfully rich tone has always been “music to the ears.”

The ’80’s found her living in the Bay Area playing her original songs at the Sleeping Lady Café in Fairfax, The Resh House in Mill Valley and many of Marin’s music festivals.

Eventually she recorded sessions with the “master synthesist,”Patrick Gleeson as well as Michael Cotten and Prairie Prince from The Tubes, Greg Douglass, former guitarist with the Steve Miller Band and Cory Lerios of Pablo Cruise.  Greg Douglass agreed to be featured on her first album of originals entitled “Timeless” produced by Terry Cano, released in 2005.

In the ’80’s she opened for Journey at the Old Waldorf in San Francisco and went on to have her own show at the MGM Grand in Reno as well as at the Mandarin Hotel in Singapore.

During the 90’s, Shanna’s path took a turn away from music and into film distribution as well as caring for a loved one who became ill.  She worked for Medallion TV Enterprises in West Hollywood for 10 years and was appointed president of the company.

Shanna is happy to announce that she recently left the corporate world and is now devoting herself fulltime to her music, currently performing in the LA area and working on her second album of originals produced by world renowned percussionist Steve Reid at Sonic Jungle Studios in North Hollywood.

Shanna is an example of someone who kept her dreams alive throughout all the twists and turns that life takes along the way.

She will be releasing her second album within the next few months and you can see her perform live at her upcoming shows posted on her website at:  shannaleeobrien.com