Winning Ways for Living, with Guest Kurt A. Krueger and Musical Guest Darla Fox on The LIFE CHANGES Show #567 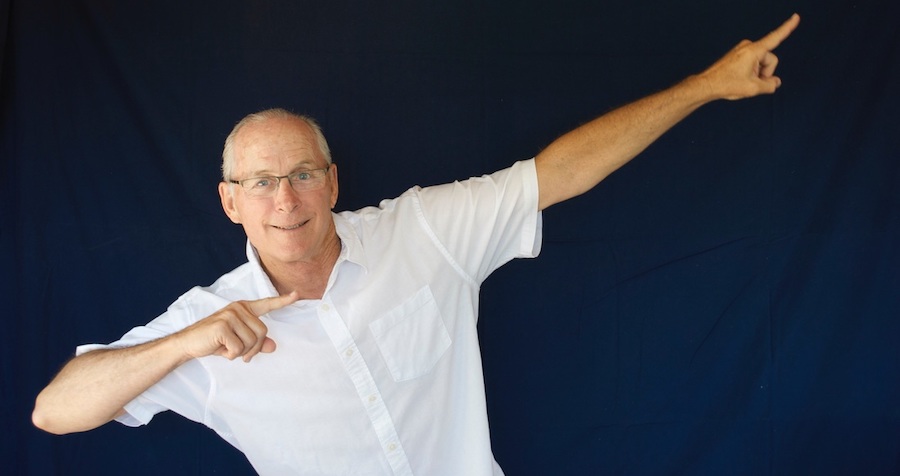 A native of Los Angeles, Kurt A. Krueger lives what he teaches and teaches what he lives.  He has won 16 medals in four Senior Olympic swim championships.  Mr. Krueger has taught Peak Performance Practices (PPP) around the world for elite athletes/coaches, performing artists, business people, and others.  His goal is to have everyone physically and mentally fit throughout the 21st Century.  He has been interviewed on Radio/TV and for the print media on four continents.

Mr. Krueger was an All-American swimmer at Los Angeles Valley College and is a member of their Hall of Fame for Water Polo, and he also coached numerous world-record holders for San Fernando Valley swim schools; he was a member of Glendale College and Cal St. Uni. – Los Angeles faculties of Psychology and/or Physical Education.  He has also coached soccer, football, basketball, and Track & Field. He is an internationally published author, photographer, lecturer and corporate consultant.

Mr. Krueger’s interest in Peak Performance Practices developed when he met a Master of these sciences in 1974.  His integrative learning was tested three years later when he was a passenger on a JAL plane hijacked by the Japanese Red Army terrorists.  Mr. Krueger used a PPP concentration technique he’d been practicing and found his mind relaxed and focused at the height of the crisis – the first coach passenger to speak with hijackers and ultimately the first off the plane.

Returning to America, Mr. Krueger taught history and government at an inner-city ghetto school — Crenshaw High in Los Angeles.  His mental control was again tested there when threatened twice by students carrying either a drawn knife or gun.  He peacefully settled the incidents by verbally demanding the weapons.  His clarity and ease in an intense situation once again amazed Mr. Krueger and others.  Fellow teachers recognized his ability to cope with crisis situations and requested that he instruct them in Stress Management techniques.  This ultimately led to a series of highly successful presentations in Southern California climaxing with programs at the United Nations in New York City, and Oxford Medical School (UK).

Concurrently, Mr. Krueger also began training athletes for Peak Performance.  It developed into a ‘systems’ program to strengthen a person’s body, mind and spirit.  The use of these techniques had enabled him to win numerous medals in the Senior Olympics.  Examples of some high school students improvements after just three months use of Peak Performance Practices: Greg Denby, a high jumper with a personal best of 6’6″, leapt 7’1″; Macarthur Osbourn went from a 2:01 880 yard runner to a 1:54; Anita Sood, of India, set eight National swimming records, and Bejoy Jain, in 14 days, set a National Junior Record then swam the English Channel faster than any other Asian.

Mr. Krueger founded the Institute of Sports Psychology in 1982 in Bombay and ultimately developed into an organization with four more offices in: London, Melbourne, Tokyo and Los Angeles.  The following year he founded Success Systems International to develop programs and practices specific to companies and performing artist needs. Mr. Krueger has trained the Claremont Professional Football Club, W. Australia, which took second in the Grand Final that year. He has trained professionals and athletes of SIX different countries National teams. He has been asked to and did present programs for the United States Military Academy, Young Presidents Organization, IBM and other major corporations.

Mr. Krueger has presented at major international conferences such as, a keynote speech, Stress Management in Sports and Business at the World Congress on Sports Psychology in Copenhagen; Fitness for the 21st Century at the Olympic Scientific Congress in Seoul; and Technology with a Heart workshop at the International Conference on Technology and Education, Brussels; and Strengthening Character at the Conference of the American Alliance for Health, Physical Education Recreation and Dance in San Diego.  He has been published nearly 50 times internationally in magazines and journals. Also, he is a National Board Certified Teacher in ‘secondary’ Physical Education and is a trained Scoutmaster for Boy Scouts. Mr. Krueger had been serving on the Los Angeles Unified School District’s Physical Education Advisory Board from 2000-2014. His book, Winning Ways for Living became a bestseller in its first 3 weeks on Amazon in 2016! See what it will do for you!

In his spare time, Mr. Krueger has designed a Culturally Transformative annual event to be implemented called, The World Fest.  www.theworldfestorganization.org, and Character Education/Inclusion (if interested in this send him a note and you will receive several sources and ideas to implement. One of which reduced violence in a large Refugee Camp over 90% within two (2) years!

More About Kurt A. Krueger and Success Systems International at: www.kurtakrueger.com and www.successsystemsinternational.net